Harrison Hadley defies all odds as a colorblind anime artist 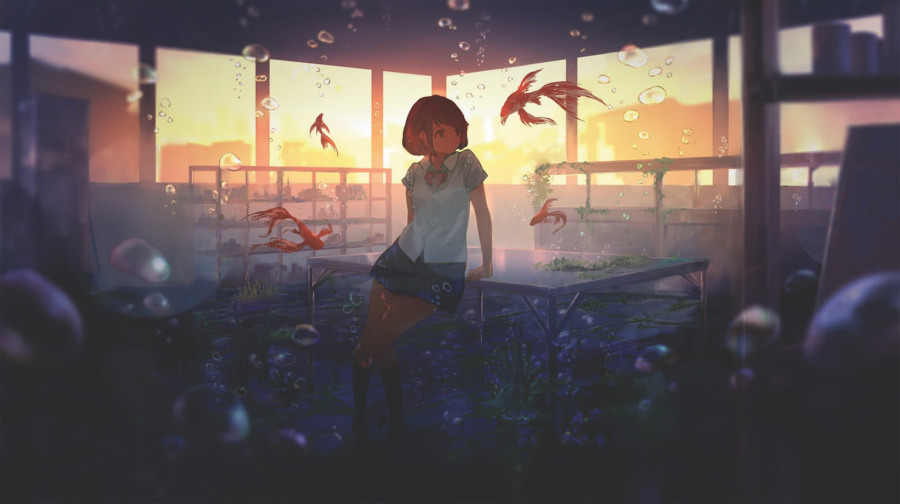 Calabasas High School senior Harrison Hadley is living proof that through hard work and dedication, no challenge is too difficult. Working with companies such as Kyoto Animations and Cloverworks Anime at only 17 years old, Hadley has built an amazing resume through his exquisite art abilities. Despite Hadley being such a successful artist, he is completely colorblind, While some might perceive this as as debilitating to his artistic abilities, Hadley has only used his color blindness as a strength rather than a weakness.

“If you believe you can’t do something, then you’ll never even try and be ambitious about anything. I would say that just trying to pursue something and finding the confidence will be the best way to get better at something,” said Hadley. “Being colorblind never stopped me from doing anything I enjoyed. It made some things harder to do and harder to learn but overall, it has not stopped me from anything.”

Hadley’s passion for art, specifically animation drawings, was first explored when he was a freshman at Calabasas High School. He began to explore this hobby joining a couple of art competitions. Even though he was not expecting much of an outcome, he soon came to realize his art work could lead him to a career. After being granted with a position to draw for Kyoto Animations his sophomore year, he quickly started to dip his toe in the professional art world. Hadley begins his artistic process by constantly creating, even when he feels like he has lost all creative control.

Hadley’s color blindness has also allowed him to work with other artists, specifically color artists, people who essentially color in Hadley’s black and white images, and gives him more strength in certain areas of his artwork.

“Although I can’t do any of my full pieces of artwork myself, being colorblind helps with my line art, shading and lighting,” said Hadley. “I find compromise in getting to work with color artists on everything and get inspired by my coworkers to keep creating.”

In addition to having a passion for animation, Hadley also loves film. At CHS, Hadley is enrolled in the AME program, which incorporates media and entertainment studies through classes like English and History. Hadley would like to combine his art ability with his knowledge of the media industry as the next step of his career.