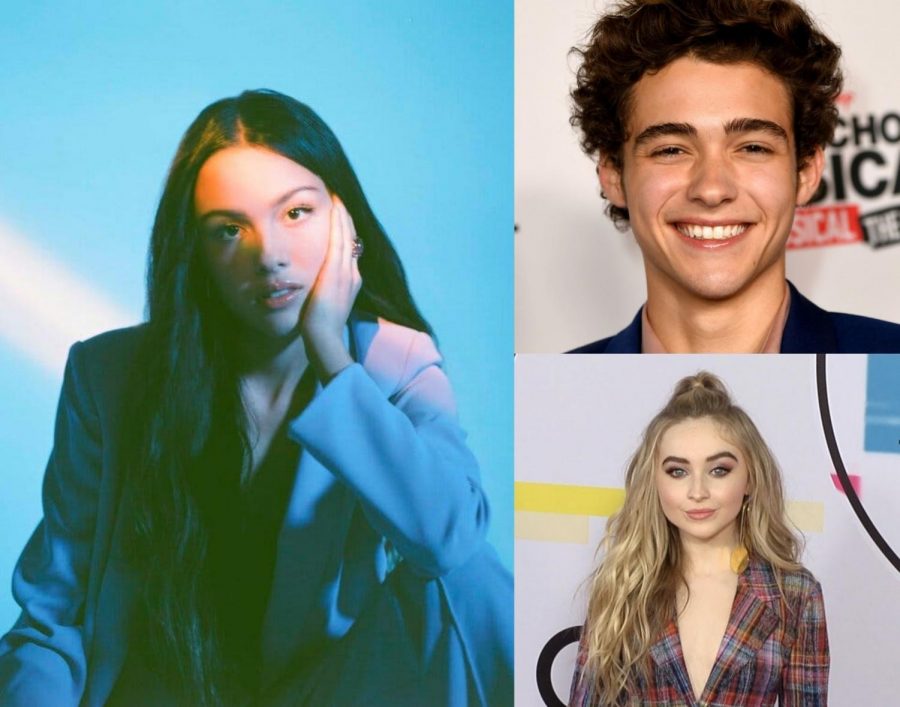 Seventeen year old singer, songwriter, and actress Olivia Rodrigo’s new hit song “Drivers License” has gone viral in just a short amount of time- not only from her heartbreaking lyrics, but also the hidden meaning behind the song and who it is rumored to be about.

The song became the most streamed song in one day by a female artist, overtaking Ariana Grande’s song “Thank You, Next.” Grande had nearly 4.1 million streams in a span of 24 hours, and Rodrigo’s song hit close to 5.6 million streams within 24 hours.

Since Rodrigo released her hit on Jan. 8, the song and her music career has skyrocketed. Due to the song’s emotional lyrics, fans have analyzed the hidden meanings and put the pieces together to figure out who the song was written about.

When filming “High School Musical The Musical: The Series,” Rodgrigo was rumored to be having an off-camera romance with her co-star, Joshua Bassett. Dating rumors sparked after the two were spotted holding hands and going on multiple outings together. After the release of the song, fans were quick to suspect that some of the lyrics and even the title of the song was aimed towards him.

Rodrigo and Bassett made it very public that he was the one to teach Rodrigo how to drive, posting multiple pictures and sharing those memories in interviews and on social media. The reference to her driver’s license led fans to correlate those lyrics to her experience learning to drive with Bassett months before.
“I remember the day that we found out that [the producers of ‘High School Musical The Musical: The Series’ chose the [previous] song and that it was going to be in the show,” said Rodrigo in an Instagram Story during the production of the show. “We celebrated and we went to In-and-Out and I couldn’t drive actually because I was sixteen and didn’t have my permit. So [Bassett] took me in his car and we drove around the In-and-Out parking lot and that was my first time driving so I’ll always remember that.”

In addition to references about their experiences together, some of the lyrics in the song are said to be aimed at Bassett’s current rumored girlfriend, Sabrina Carpenter. The lyric in the song, “you’re probably with that blonde girl, who always made me doubt. She’s so much older than me” has everyone convinced that Rodrigo is shading Bassett’s relationship with Carpenter. Since Carpenter is 21-years-old and she is only seventeen, fans believe this lyric explains the age difference.

Also, Rodrigo posted a video of her singing on July 23, 2020 with the caption, “wrote dis the other day. vv close to my heart. gonna call it drivers license I think lol.” However, the original lyric in her singing video was “brunette girl.” People are speculating that Olivia changed the lyric to “blonde girl” when she found out about Bassetts new relationship with Carpenter.

On the day Rodrigo’s song came out, friends of her’s promoted the song on social media, congratulating Rodrigo on all she had accomplished. Bassett also posted on his Instagram Story, saying “drivers licence is out now!!! Such a great song! Congrats @oliviarodrigo!!!” Olivia ended up reposting every story, except for Joshuas.

Just when the drama started to settle, Carpenter made a sudden release of her new single on Jan. 21 titled “Skin.” Once again, fans are going crazy analyzing the hidden meaning behind her song. Carpenter mentions the reference to her blonde hair, and also throws in a few lyrics regarding driving. Many fans are expressing their opinions over Tik Tok, assuming that Carpenter wrote the song as a comeback to Rodrigo to bash her side of the story.

Craving more drama to solidify the rumors, fans continue to find more and more evidence, analyzing everything into deeper messages.