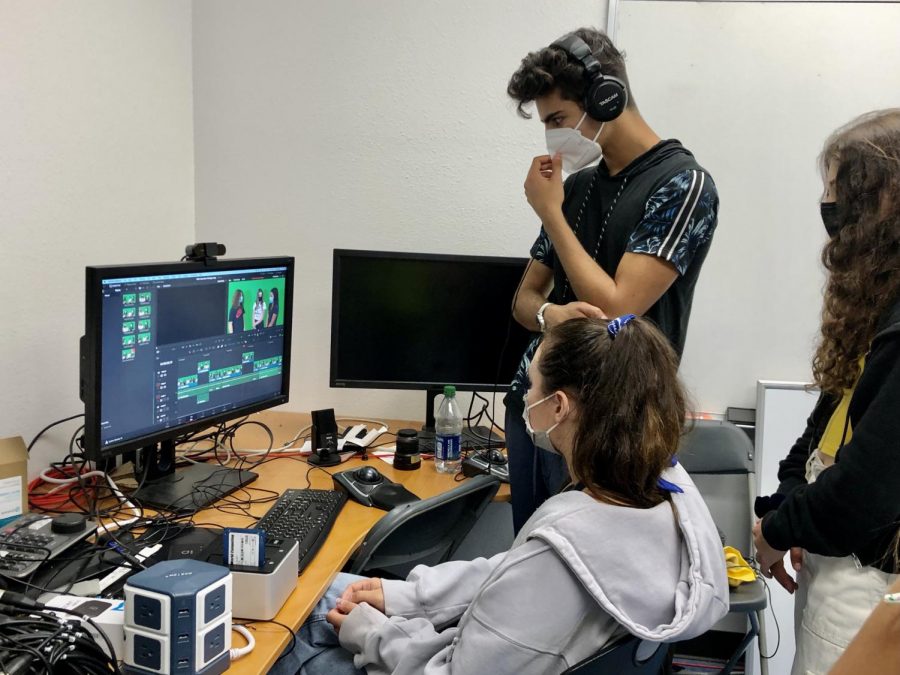 KYOTV, the student-run broadcasting show, is a Calabasas High tradition. While it was previously run by the ASB faculty and students, it has now become the responsibility of Mr. Gersh and his broadcasting classes on campus to take on the job.

There are multiple reasons behind this change, including a desire to make KYOTV more inclusive of the whole student body. In previous years, it was typically run by a select group of students in ASB, and has now opened up to give an opportunity to other students outside of ASB.

“We would like to make changes to KYOTV and have it be more of a school-wide television station and show, and that’s not something ASB can do,” said Mr. Gersh, the teacher and director of broadcasting.

The current broadcasting class has highlighted many flaws in previous years of KYOTV production that students are working to improve; As opposed to mainly comical segments, the team envisions a more informative show to provide the student body with important announcements.

“There were too many skits; [KYOTV] was more of an entertainment thing than what we’re doing now, which is news,” said Noah Bennish, one of the leaders in broadcasting. “We’re taking this show and making it a school events news channel, more than just a skit for fun.”

Working in conjunction with The Calabasas Courier and Mr. Godburn’s journalism class, broadcasting students have a clear and concise plan regarding what they want to do with KYOTV. The broadcasting team is taking rolling applications from students who want to audition to be an anchor on the show.. These anchors will most likely be swapped out throughout the year in order to enable greater participation.

“The entire school, anyone who’s interested in [being an anchor], can just come in and audition and be interviewed,” said Bennish. “There will be more updates posted on the official @CHSKYOTV instagram page.”

KYOTV will be posting their first official video on Friday, Sept. 24. With greater involvement opportunities across the student body, the new KYOTV vision has a lot of potential for the upcoming year.