Seniors in the AME program create their capstone project 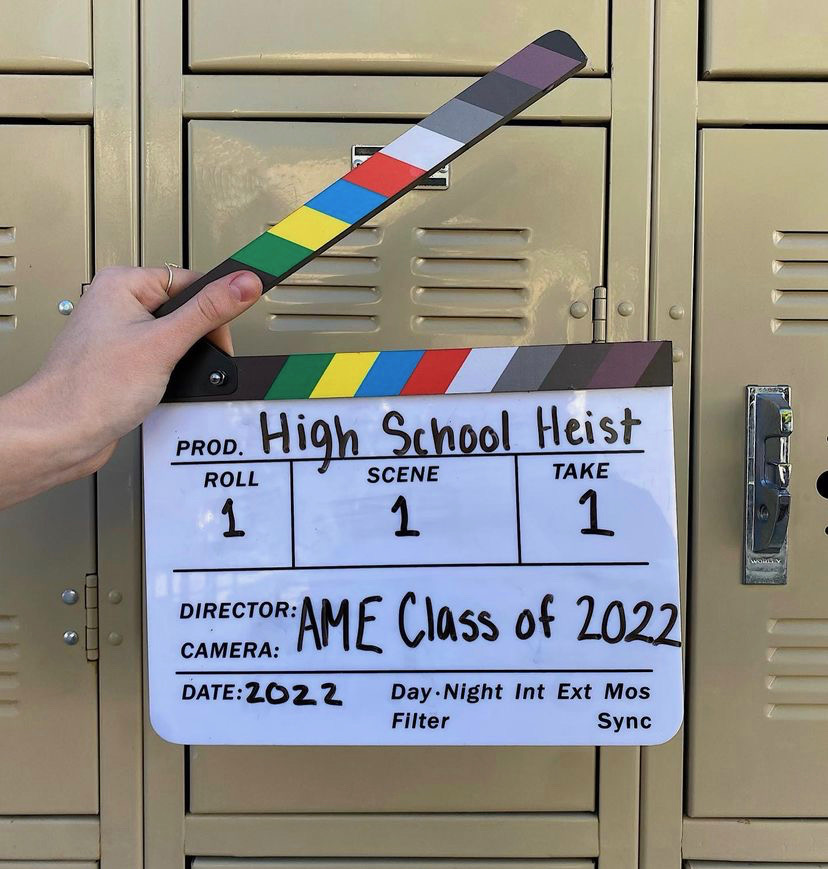 Each year, seniors in the Calabasas High Arts, Media, and Entertainment Program (AME) collaborate to produce a short film for their senior capstone. Throughout the years students spend in the program, they learn the skills that will prepare them for this final project.

The entirety of the AME students’ senior year will be spent bringing the film to life. The rigor of the project significantly increases after Thanksgiving break, when seniors start working on capstone in every class period. Throughout the process, students experience what it takes to produce a film from start to finish: drafting scripts in the summer, assigning jobs, casting real actors, shooting, editing and more.

“It’s basically everything [AME students have] been learning throughout all of [our] AME experience, and [we] combine it into one year where [we] assign jobs throughout the class,” said Christina Black, a senior and the capstone producer. “[We] work on a film for the entire year; [we] hire actors, get a budget, and create a roughly 20-30 minute film.”

The seniors will be entirely responsible for the production of the film, with the exception of AME director Mr. Gersh. Students must collaborate and produce a professional and cohesive piece, just like working on actual film sets.

“We get real actors that we find on Backstage.com, and we hire them and go to a casting call,” said Black. “They want to work for our film, which is so cool because we are students and they want to work with us.”

In addition to hiring actors, AME students have the opportunity to experience other aspects of the production process, including funding and publicity.

“[I am excited] for the campaigning and the fundraising we are going to have to do, as well as allocating the budgets to different departments like the art department,” said Minna Goodarzy, line producer for the capstone in charge of budgeting.

The work begins during the summer when each student is asked to draft a script. At the start of the school year, each script is read through, and one is selected for the film. This year’s script has already been chosen and centers around a group of highschool students.

“[The script is] about four kids who are trying to pass a class by stealing tests, and it’s just about their journey […] and seeing how it turns out,” said Black.

After the film is finished, it will premiere towards the end of May at the AME awards ceremony in the PAEC. All students are welcome to attend.