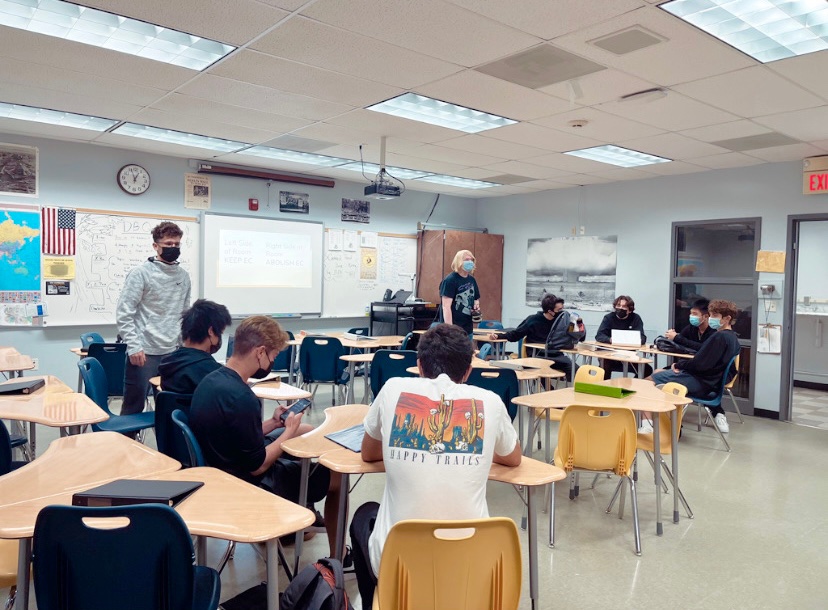 “I had clubs in the past, but I felt now was the right time to start a club like this,” said Sorkin. “The political climate over the past five years has been so toxic, so why not start a club that talks about political topics in a respectful way with like-minded students and people who disagree with me as well.”

Meetings are held on the first and third Friday of the month, and members are notified of the debate subject the previous Monday, thus allowing members to decide whether they are for or against the chosen topic and ready to come prepared with facts. During meetings, the club is split in half, one side arguing for the supporting side of the argument and the other in opposition.

“The sides have nothing to do with political ideology,” said Rubinstein. “It’s just something we do to ensure that everyone is able to get a fair opportunity to speak, as opposed to sitting as a group and having the same few people speak.”

In the most recent meeting, the topic of debate was whether or not there should be an electoral college. Members participate heavily and are excited to debate current and controversial subjects.

“I really enjoy the meetings,” said senior club member Vincent Weisberg. “The topics are worth debating, and I enjoy doing the research prior to the debates.”

Having an opportunity to discuss and debate current topics at school enriches the Calabasas High School atmosphere.

The next Political Debate Club will be on Friday, Dec. 17th.