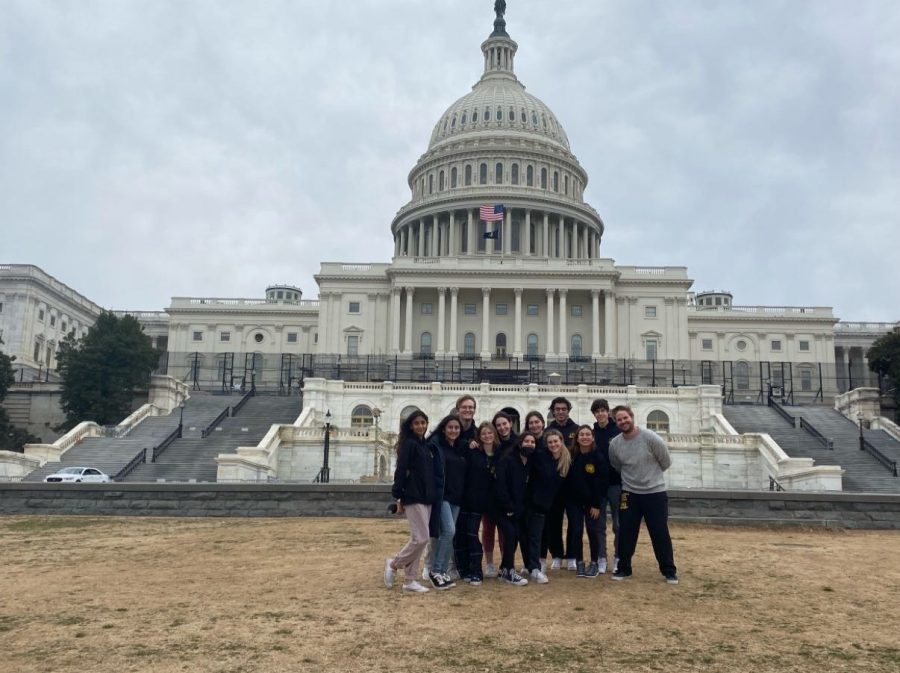 This conference was Calabasas’ first out-of-state competition since 2018. Team members worked to prepare through practice, research and planning for almost two months prior to the trip.

“Every student is given a role and a single topic,” said MUN advisor Bradley Boelman. “They are required to research that topic, give speeches and really socialize with the other people in the committee to get [those people] on their side and create a resolution that could help solve their problems.”

As an invitation-only conference, only a select number of the top MUN teams around the world are able to partake in the NAIMUN competition. The sophistication of the competition required dedication from all delegates.

“I really got to face the challenges of proper diplomacy and politics since the top kids from around the world were participating,” said junior MUN member Aashi Jhawer. “[We] had to meet up with people for lunch and dinner to negotiate and work on [our] resolution paper[s].”

Despite the highly competitive environment, the CHS MUN team was recognized as the “Best Small Delegation” and was the only school from California to win a team award.

“This is possibly the highest achievement our program could ever attain because [NAIMUN is] the most competitive conference in the Western Hemisphere, with over 139 schools and 3,000 students,” said Boelman.

The conference was very successful for Calabasas, with each delegate winning an individual award on top of the overall team award.

“I represented Australia in a dual delegation with Natasha Tabatabai,” said junior MUN member Sofia Bronshteyn. “We won a verbal commendation award, which is considered fourth place within our 42 delegation committee.”

These hard working students will continue to apply these skills to their everyday lives inside and outside of the classroom.