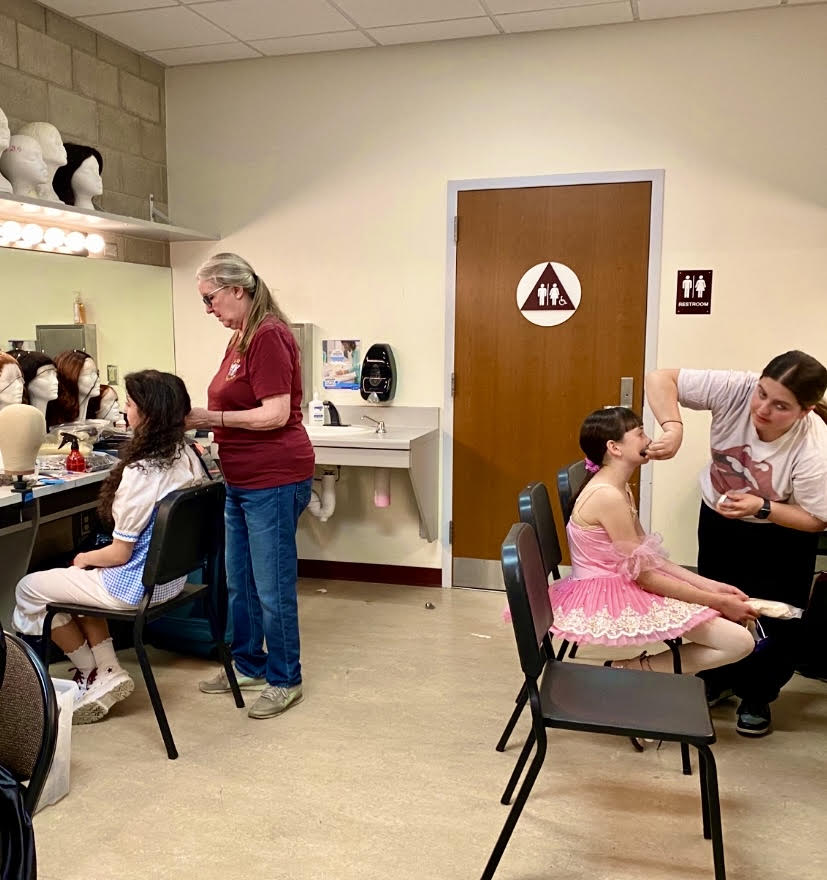 As the CHS theater program is preparing for its spring production, The Wizard of Oz, the technical crew has been working with hair, makeup and costume design to enhance the authenticity of the show.

An existing extracurricular at CHS, hair/makeup and costume design are combined as part of the technical crew. The program effectively allows creative students to explore design as an art while contributing to the theater program.

“Makeup is art,” said Bill Garrett, director of the CHS theater program. “Being a part of costumes and makeup is a really fun way to get involved with the show.”

As the director, Garrett feels grateful for the many volunteers who help out with various aspects of the show. There are currently about a dozen students who participate in costumes and makeup.

“We have a number of students, between costume and makeup, who are helping in that particular regard,” said Garrett.

The extracurricular is open to all interested students and is held after school. Garrett hopes to inspire students to tap into their creativity and support the theater effort for the upcoming spring play.

“It’s a fulfilling experience,” said Garrett. “[Students] get to grow and learn new skills. Just like in art, [they’re] working on shading and highlights. It’s the same idea for the stage.”

In addition to practicing technical skills, the program allows students to collaborate on designs and build off of one another’s knowledge.

“It’s a great learning experience for students,” said Lia Ettedgui, a junior in stage crew. “You get to collaborate with others and meet a lot of new people.”

With opening night approaching on April 5, CHS theater looks forward to showcasing students’ talents. The play is being shown until April 9, where audiences can take a look for themselves at students’ creative contributions to the theater program.