Bieber bounces back in 2020 with new music 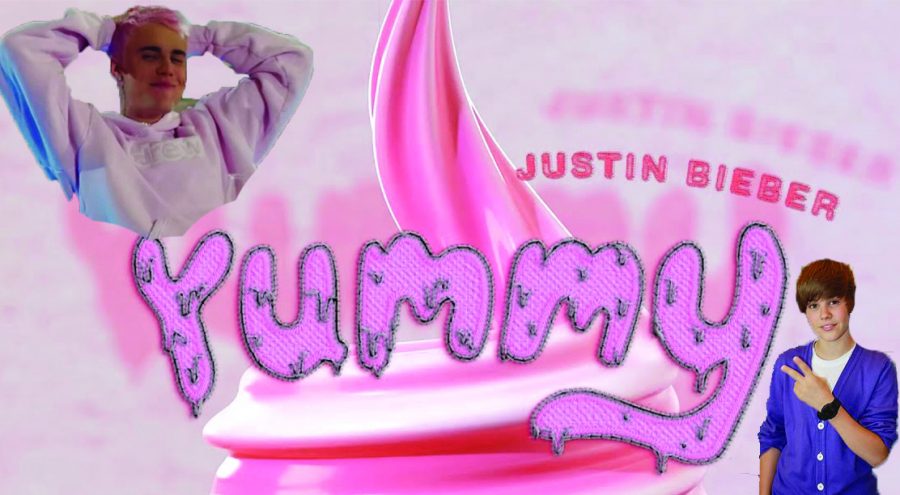 Justin Bieber stopped performing and making music after completing his 2015 album Purpose. Bieber began his musical career on Youtube, where he uploaded videos of him singing popular songs by artists of the time at only 13-years-old. Bieber accumulated tons of views and fame from his past videos, introducing him to talent manager Scooter Braun who signed him to RBMG Records in 2008. Bieber’s first studio debut album with Braun and RBMG Records titled My World 2.0 contained the worldwide hit single “Baby,” which was certified 12x Platinum by the Recording Industry Association of America. Recently, Bieber has struck headlines being the strongest comeback artist yet with his announcement of a new single, “Yummy,” upcoming tour dates beginning on May 14th and new show with Youtube Originals, Justin Bieber: Seasons.

“My past, my mistakes, all the things that I’ve been through… I believe that I’m right where I’m supposed to be, and G*d has me right where He wants me,” said Bieber on Instagram “#Bieber2020.”

Regarding Bieber’s upcoming release of new music, he expresses that the music in the album will be more sincere and meaningful towards his life than his previous discography. He says that his new music will be different because of where his life is at right now and his discoveries of religion and its importance to him. He is excited to share his new music with the world; expressing his story is something he devotes much of his time and energy to.

“I felt like the most hated person in the world,” said Bieber about the reason for his musical and mental breakdowns.

Bieber’s new documentary series, Justin Bieber: Seasons produced by Youtube Originals, is said to bring the singer back to where his fame all began, Youtube. He started as an internet sensation, uploading videos of young, 13-year-old Justin singing to popular songs. The series is being produced to give fans a full view of Bieber’s life and will air as a 10-episode original documentary.

The new upcoming releases of music from Bieber are a big deal to his  fans since it has been a long time since he has released solo content. Though he has been featured in songs such as Billie Eilish’s “Bad Guy” remix, Ed Sheeran’s “I Don’t Care” and Dan & Shay’s “10,000 Hours,” he has not released his album since 2015’s Purpose. His new single “Yummy” that released on January 3rd has caught the attention of Bieber fans with the songs catchy beat and intriguing lyrics.

Along with Bieber’s colossal announcement, he made an appearance on James Corden’s late-night talk show, “The Late Late Show with James Corden” on January 22nd. Bieber and Corden also organized a Yummy Meals Truck in Los Angeles, where the duo cooked grilled cheese sandwiches and fish tacos for the affordable price of $1.00. All of the proceeds made by the truck went to the L.A. meals financial institution. As for the official menu, it featured spins from Bieber’s singles, changing “Where Are Ü Now?” to “Where Are You Now That I Cheese You?” to transform the dishes into those that  compliment his most famous singles. Another creative option was from the singer’s hit single “Despacito” as he changed regular fish tacos to“Despatacos.” Bieber and Corden also shot a section for Corden’s “Carpool Karaoke” segment on his show.

Following the exciting news of tour dates, a new album and a new document series, Bieber left an emotional caption on one of his Instagram posts, describing how fame has affected him. He explained how the immense popularity he gained as a young teen impacted his perspective on life and steered him towards the wrong path of abusing drugs and alcohol. With all of this new information, Bieber fans are wondering, “what is actually in store with the ‘New Justin Bieber?” •