Get the inside scoop on starlet Odeya Rush 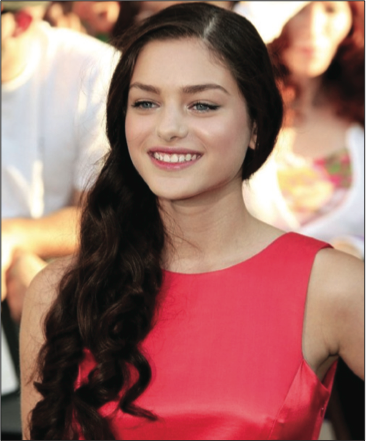 Inspired by the Disney princess and Chinese warrior Mulan, sophomore Odeya Rush has overcome adversity to achieve her impressive career as a Hollywood actress.  Using fearlessness and strength as her backbone, Rush never lets anything stand in her way.

“[Mulan] is a warrior,” said Rush.  “She was the first person who empowered me to stand up to [my] fears, and [she encouraged me to] not change myself for someone else.”

As a young girl living in Israel, Rush used to watch a concert where Israeli actors, singers and dancers collaborated together to perform.  Year after year, she would come home and replicate these routines with her four brothers, directing and setting up a show for her parents.  When Rush was nine, she and her family moved to America,  and she was able to seriously pursue her early dreams of acting.

When she first took on the acting industry, Rush often faced a great deal of rejection because of her Israeli accent and poor English.  This only pushed her to work harder. Studying diligently with a dialect coach, Rush was able to fluently speak English by the age of ten.  With a language barrier no longer clouding her opportunities, Rush landed guest roles on Curb Your Enthusiasm and Law and Order: Special Victims Unit.

“[Learning English] was tough at first, but I am a fighter,” said Rush.

Small guest roles were part of the past when Rush received a life-changing phone call from director Peter Hedges.  Elated, she earned her first role in a feature film, The Odd Life of Timothy Green.  This movie teaches audiences the importance of individuality, advice that Rush follows in her own life.  Cast as Joni Jerome, Rush plays the protagonist’s best friend, a role that taught her valuable acting concepts and helped her develop tremendously.

“[The audience was] crying and laughing,” said Rush.  “I think that was the most surreal feeling because I impacted people in some way.  I let kids know that it is okay to be different.”

With an upcoming title role in Mary Mother of Christ, Rush can explore acting as a leading lady in her portrayal of Mary.  This role will open up many opportunities for her future in the acting industry.

Above all, Rush assures all actors to remain strong throughout the audition process.  As a shining example, she conquered hardship to become Hollywood’s next big thing.  She is an excellent source of inspiration for all aspiring actors and anyone who wishes to follow his or her dreams.