Joe Wayne unifies his community with the power of film making 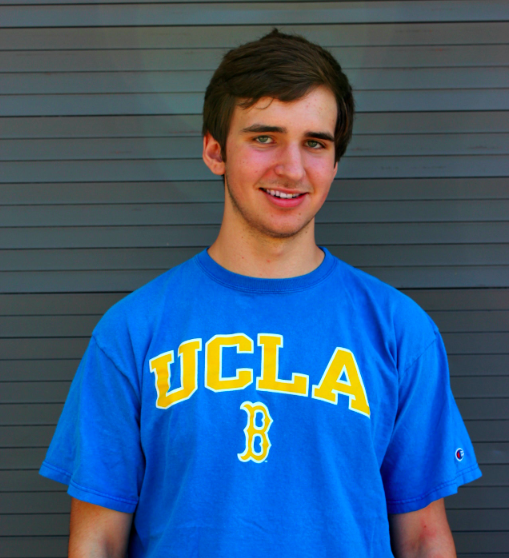 Very few succeed in the entertainment business, but those who do often begin training at a young age. Junior Joe Wayne is a strong believer in this philosophy and is determined to fulfill his dreams of being a film editor or director. To accomplish his plans, he understands that he must be able to learn from great film artists. Many students have already grown to admire Wayne for his skills with the camera and in the editing room. However, Wayne strives for the respect of more than his peers. He has a goal of being admired by his entire community and beyond.

As a part of his community service project, Wayne volunteers at the Motion Picture Television Country House, located across from the El Camino Shopping Center. This local elderly care center is home to over 100 senior citizens who were once stars on the big screen in the mid 20th century. The facility is run by the Motion Picture Television Fund (MPTF), a non-profit organization that Wayne has worked with for the past two years. Wayne admires the experienced professionals of the entertainment business and sees his service as a way to give back to the legends of film’s past.

“The new age cannot forget the past generation. By volunteering at MPTF I have developed [memories] that I will never forget,” said Wayne.

Wayne values helping others and is on a clear mission to bring smiles to the faces of everyone with which he works. He has a selfless personality and strives to unite the community.

“I want to improve the lives of the residents as well as providing a memorable experience for me,” said Wayne.

He spends time entertaining the residents with short skits he creates that are later shown on a local T.V. station, Channel 22. By thinking outside of the box, he allows the members to reconnect with the ways of film production and helps them relive a brief part of their days as filmmakers. MPTF residents act, write and even direct the skits that Wayne eventually brings to life using his advanced editing techniques. Channel 22 earned the Michael Eisner Award, which is given to non-profit groups for their superior job uniting people of all ages within a community.

“When Channel 22 won the award, I had never felt that feeling of success before,” said Wayne. “[Winning the award] was overwhelming to say the least. I could not be happier for all of the people that have worked at the channel – past and present.”

While Wayne is simply satisfied with seeing the joy that his skits bring to his role models, he also benefits from volunteering at MPTF. He learns priceless tips and lessons from the residents that will give him an advantage over other competitive filmmakers and editors in the future.

“I believe that I have always had talents in film making,” said Wayne. “MPTF is facilitating those skills and taking them to the next level.”

Wayne’s work benefits his community while it builds his resume and knowledge as an aspiring prodigy in the next wave of film and entertainment. However, his main focus for now is bringing the city closer together to better the lifestyle of the people who call Calabasas home.