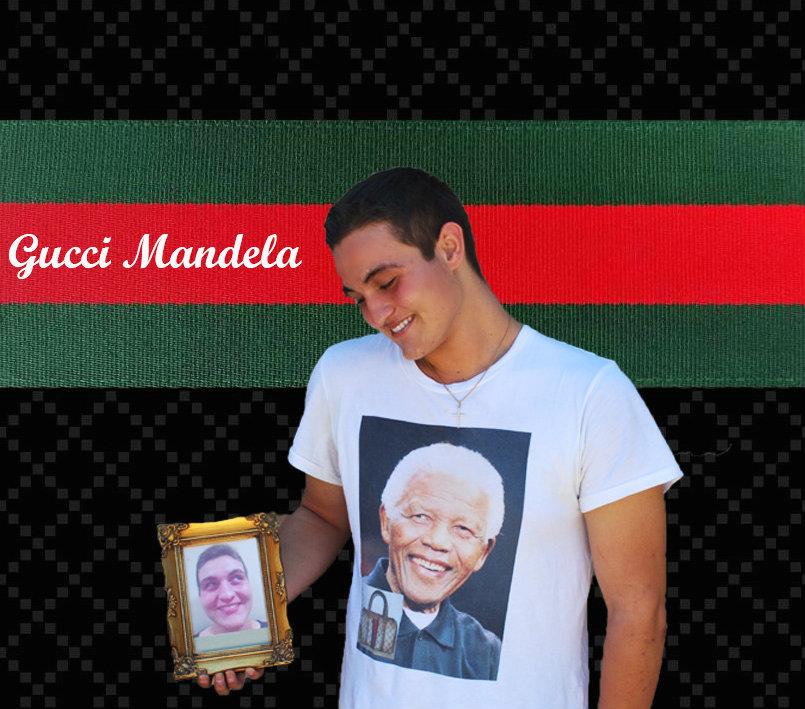 Students walked into school on a sunny June morning, expecting another boring day of final exams. To their surprise, what they encountered instead was the opposite of boring. Plastered on the walls, displayed on the ceiling and even drawn out on the concrete were photographs of Nelson Mandela and a Gucci purse. Junior Cameron Bassir began the Gucci Mandela phenomenon that caught the attention of his peers and rapidly took over the school. He started this anomaly as a sophomore and is still continuing the antics to this day.

“I believe Gucci Mandela stands for many things,” said Bassir. “It mainly stands for having fun, being yourself and pushing the limits.” Bassir, a self-proclaimed rebel, covered the school hallways with approximately 500 posters.

South American flags, Gucci logos and photos of Anti-Apartheid Movement leader Nelson Mandela were everywhere – and the entire school was buzzing. Bassir, vehemently committed to his project, even had t-shirts made. Bassir created the name of his new persona when he accidentally said the two words together. To his surprise, the Gucci Mandela sensation had soon reached a level of popularity where everyone knew his alter-ego. Bassir always dreamed of becoming a superhero as a kid, and now feels he has reached that level of success. He is leading a double life—by day he is Gucci Mandela; by night, the ordinary Cameron Bassir.

“I’m like Hannah Montana and Miley Cyrus; you get the best of both worlds,” said Bassir.

When he is not busy living as Gucci Mandela, Bassir is just a regular teenager. He enjoys basketball, cars and winning over girls’ hearts. Despite his busy schedule, Bassir promises that Gucci Mandela will make a return for his junior year.

“My future plans are to take over, like a revolution. Just know I’ll be back,” said Bassir. “Stay Gucci, Calabasas.”