From Disney to the big Screen: Zendaya breaks barriers 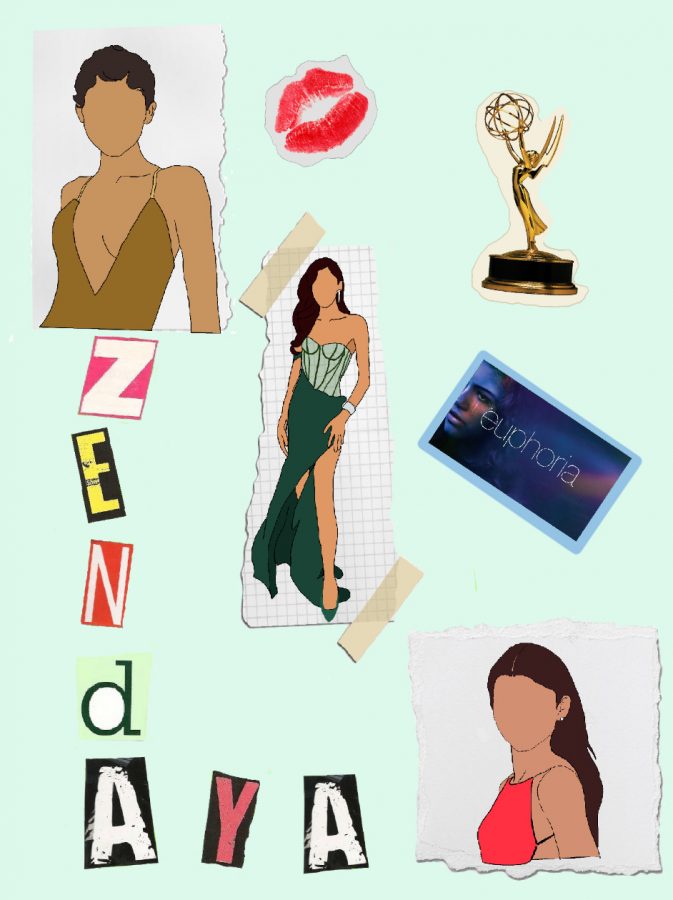 From her breakout role in Disney’s Shake It Up, to her characters in KC Undercover and Spiderman, Zendaya Coleman has become a Generation Z icon and role model.

The 24-year-old actress not only remained in the spotlight throughout her teenage years, but did so with grace. In just a short amount of time, her career took off far beyond Disney Channel, as she started reaching a mature audience with more sophisticated roles as she got older. Her first role outside of Disney was a pretty significant one, starring as “MJ” in her first of many Spiderman films alongside Tom Holland.

“Zendaya is very inspiring and has pushed to prove that you can be anything or anyone you want to be,” said sophomore Sami Rasborn.

Her incredible portrayal of in-depth characters, such as “Rue” in Euphoria and “Anne” in The Greatest Showman, has allowed Zendaya  to make history. Following these major accomplishments, Zendaya became the youngest female ever to win an Emmy for best actress in a drama series. Along with this, Zendaya is the second-ever black woman to win in this prestigious category.

In addition to being an experienced actress, Zendaya is also an advocate for several movements, a producer, dancer, designer and among many other things, a woman of color. The actress speaks of her hopes to inspire girls to follow their dreams and spread the message of defying stereotypes.

“It’s not about proving anything to the world, but it’s really about getting better as an artist” said Zendaya in an interview with Entertainment Tonight explaining her mature roles.

In a 2016 Interview with W Magazine, Zendaya spoke of acting on small stages at a young age and joining dance teams and, like many other students, never expected to change the world with her talents. She uses her platform to bring attention to topics prevalent in the entertainment business, such as lack of diversity in casting and unrealistic beauty standards. Unafraid to express her opinions, the famed actress inspires others to be themselves and be indifferent to what others think.

Born in the first year of Generation Z, Zendaya has paved the way for many of her fans, especially those close to her in age. She acts as a “big sister” to millions of teenagers around the world, always giving advice and being able to relate to her supporters.

“I just want to say that there is hope in the young people out there,” said Zendaya in her heartfelt acceptance speech at the 2020 Emmys.