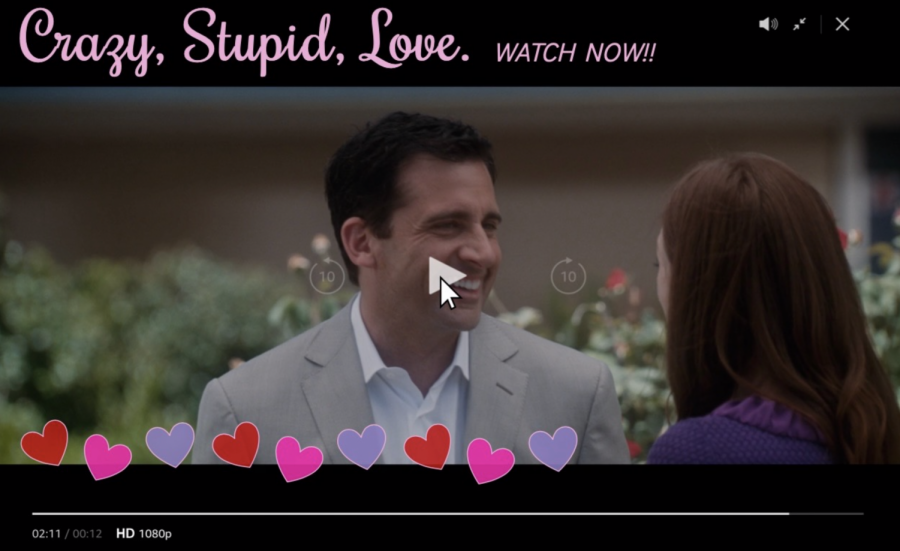 Whether one is in a happy relationship or flying solo this year, turning on the perfect romantic comedy is one of the most enjoyable activities during Valentine’s Day. Every year new rom-coms are released, adding to the blend of stereotypical fire-escapes in the rain and scarlet roses. However, three films transcend the cliches by reaching a new level of entertainment for all to enjoy this holiday.

Crazy, Stupid, Love is truly a unique romance, combining several love stories and unpredictable connections between characters. As middle-aged Cal navigates a divorce, Jacob, his “playboy” mentor, blooms into a newfound romantic relationship of his own. With actors including Steve Carell and Ryan Gosling, laughter is a given and can be expected throughout the film. Nevertheless, mixed in with humor, a heartfelt meaning of what love truly is becomes clear, allowing this movie to be the perfect “rom-com”.

A movie dedicated to those who appreciate music, Yesterday can be considered a must-watch. In just two hours, the audience is presented with every hit from the Beatles within a creative and original plot line. Jack, a struggling musician, wakes up in a world in which the Beatles never existed, catapulting him to possibly immoral fame. Amid the melodies of one of the greatest bands in history, a charming and heartwarming romance grows fromJack’s fairytale-like lifelong friendship.

To top off the perfect rom-com experience, return to the 1980s with When Harry Met Sally. Over a decade of chance encounters, protagonists Harry and Sally overcome their differences while letting in a little room for romance. Under legendary screenwriter, Nora Ephron, this movie checks all the right boxes when searching for the ultimate rom-com. Viewers will smile, laugh and as with all the best films, become utterly invested in the characters.

Although some of these movies may seem cheesy, the perfect romantic comedy will come to explore the beauty in idealized love stories while bringing a little bit of laughter and light to viewers. For romantic inspiration and a smile this Valentine’s Day, take a look at these three films.