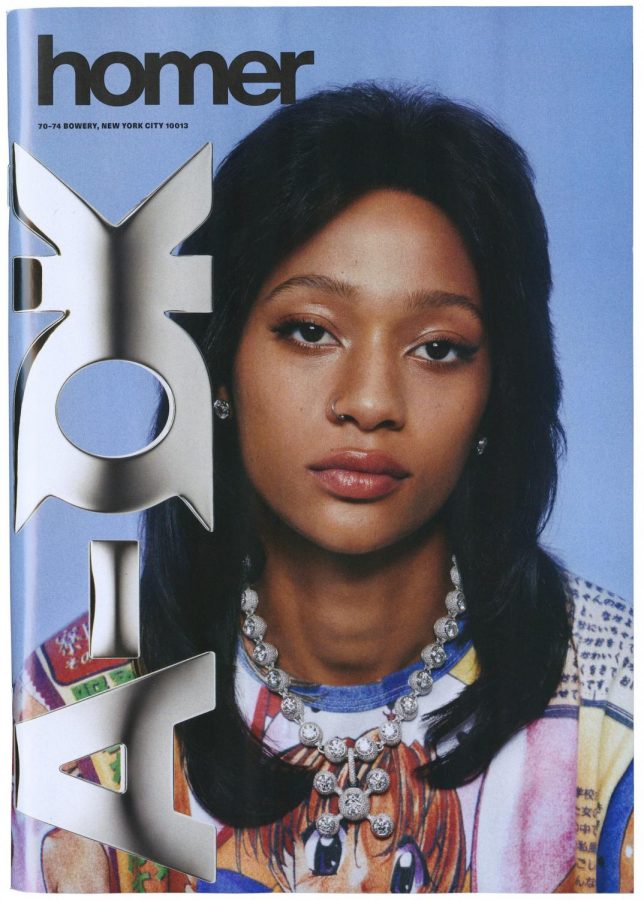 Popular R&B artist Frank Ocean recently announced the launch of Homer, a mysterious fashion project that has reportedly been in the works for three years. The drop came as a surprise, creating a stir in the fashion industry and quickly gaining traction- even with little social media presence.

Ocean is a well-known singer/songwriter and has become one of the most popular artists of the decade. Several of his singles and album releases such as Nostalgia, Channel Orange and Blonde have contributed to Ocean as a creator and given him many opportunities in the music industry. With only three released albums, Ocean has already received two Grammy awards. As Ocean began to make a name for himself, he was able to carry his passion for fashion into his career.

Drawing inspiration from Ocean’s childhood fantasies and obsessions, Homer consists of self-designed bracelets, pendants, scarves and rings. Designed in New York and made in Italy, each Homer piece ranges from about $400 to $1.65 million. This limited collection will only be available for purchase in New York City, where shoppers will see the display of diamonds and gold at Homer’s flagship store.

“I didn’t want our work to be any less expensive than Cartier,” said Ocean in an interview with the Financial Times.

Named Homer, Ocean’s brand name is based on the well-known Greek writer, often considered the father of history. Growing up, Ocean learned that history was meant to be taught to others and passed down through generations. Homer is a new way for Ocean to set himself apart from his historical past and make a name for Black voices in the fashion industry, according to NME.

“I’m very fortunate to be someone who can make someone else feel like they have possibilities,” said Ocean in an interview with NME. “And I think that will make art and fashion richer for it.”

With the brand’s recent grand opening in New York, Ocean has taken his fame to the next level and his new endeavors have opened new doors.