Apple TV’s ‘Ted Lasso’ comes out with another hit season 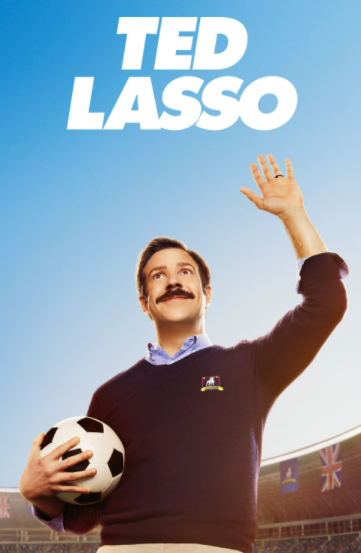 Apple TV’s new “Ted Lasso” series follows the lives of coaches and players on the fictional AFC Richmond soccer team.  Debuting in the midst of the pandemic, the first season of “Ted Lasso” is humorous and lighthearted in tone, often seen as a comfort show. However, season two of the hit show takes a bit of a different approach.

After receiving the English Premier League soccer club in a divorce settlement with her cheating husband, Rebecca (Hannah Waddingham) recruits American-football coach Ted Lasso (Jasson Sudeiks) in an attempt to sabotage the team and get back at her ex-husband.  With zero experience coaching soccer, Rebecca is positive Ted will steer the team towards failure.  However, Rebecca’s revenge plot is derailed by the coach’s unflinching determination, hope and optimism. Ted’s lighthearted schemes eventually leave everyone charmed, winning the approval of the disgruntled Londoners.

“It is a very entertaining, very creative storyline and it has a great cast,” said freshman Nathan Danese. “I like to watch it with my family, it’s a great [family-friendly show].”

The show’s first season offered a bit of much-need comfort, each episode turning difficult situations into laughable stories that many viewers can easily relate to. The slow-burn hit took a different approach in season two, veering from the show’s characteristic positivity and now revealing the complexities of characters. Contentwise, season two conveyed more personality behind each character, making sure to highlight their flaws as well. The show devotes an entire episode to focusing on a single character, revealing the depth behind each one.  The episodes touch on topics such as mental health, relationship issues, family problems and other sensitive subjects. Another major difference is the greater focus on female characters and their empowerment in their community. Some viewers expressed on social media that they noticed most extras in the stands and at the bar were men. In the second season this all changes; There are more female characters- from doctors, team leaders and more.

Both seasons one and two got outstanding reviews, proving the show’s versatility. Though the past two seasons differed, they were still able to bring the quality of work that Jason Sudeikis is known for. With such high expectations, fans worry that the show will not be able to exceed expectations again.  With the final episode ending in cliffhangers, audiences are eager and excited for what is to come.