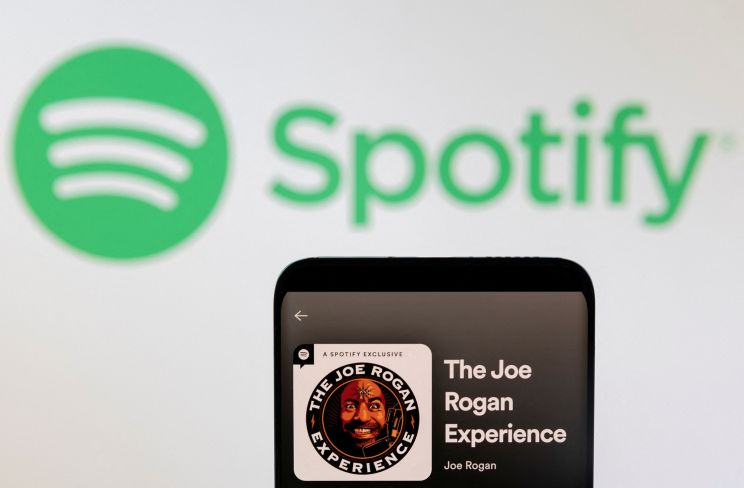 Popular musician Neil Young recently forced Spotify to choose between continuing to stream his music or removing The Joe Rogan Experience, a podcast hosted by Joe Rogan that has contributed to the spread of harmful misinformation concerning the COVID-19 pandemic.

Rogan often expresses his concerns with the COVID-19 vaccine on his podcast. He regularly hosts guests that challenge mainstream views in hopes of creating controversy. His guests often call into question the importance of masks, vaccines and pandemic restrictions/guidelines, contributing to the spread of fake news.

“[The views expressed on the Joe Rogan Experience have led to over] 300 doctors and scientists [reaching] out to Spotify directly through email,” said reporter Ben Sisario from the New York Times.

The efforts of these doctors and scientists have heavily influenced Neil Young’s ultimatum, although Spotify streams over sixty percent of his music. After Spotify failed to remove the podcast, Young demanded that all of his music be removed from the popular music streaming platform; Spotify agreed.

His actions have inspired many other artists to follow in their footsteps. Guitarist Nils Lofgren attempted to empower other artists to continue protesting by promoting the significance of pandemic safety on his website. Joni Mitchell, Canadian singer-songwriter, sought to remove her music in protest and solidarity. Young’s former bandmates, David Crosby, Stephen Stills and Graham Nash, have joined the effort.

Spotify has decided to continue streaming Rogan’s podcast, ignoring complaints from concerned musicians. In 2020, Joe Rogan signed a $100 million deal that gave Spotify exclusive rights to his show, which may contribute to the company’s adamant defense of the podcaster. However, Spotify has promised to add content advisories to any episodes discussing COVID-19, and Joe Rogan recently issued a 10-minute apology video, vouching to do better.