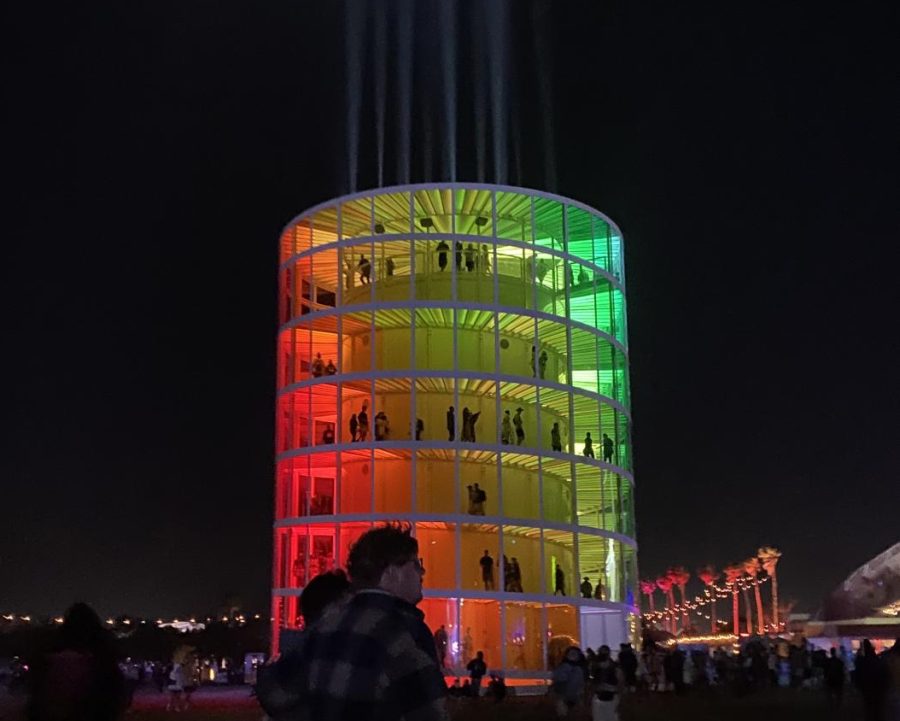 Coachella Valley Music and Arts Festival 2022 had its big return and was better than ever. The festival’s grand opening was April 15-17 and the second weekend ran from April 22-24.

Although Coachella was canceled for two years in a row, the energy was just as high as when I went pre-pandemic in 2019.  Though many people wore masks throughout the day, people were just as close together in the crowds.

Harry Styles, Billie Eilish and Swedish House Mafia with The Weeknd had unforgettable performances that brought in huge crowds filling the site. People were kept on their toes with all sorts of surprises and special guests; Shania Twain joined Styles in Week 1 and Lizzo the next week, Daniel Caesar brought out Justin Bieber to sing “Peaches” together, Logan Paul walked onto the stage during Olivia O’Brien’s performance and The Weeknd closed out Swedish House Mafia’s loud EDM with fireworks. Although many people were initially frustrated with The Weeknd replacing Kanye West as a headliner, The Weeknd still stole the show, even though Swedish House Mafia performed for most of the time.

In addition to the headliners, people also squeezed to the front for their favorite emerging and established artists. Hyping up the crowds from day to night were some of my favorite artists like Louis The Child, Lil Baby, Flume, Big Sean, Megan Thee Stallion, Giveon and Doja Cat.

I was never stuck in a dull moment in the DoLaB, a small stage in the middle of the festival,  which was blasting music non-stop from 12pm to 12am, and it was a fun place to go and dance in between headliners’ shows.

People made their way from the Sahara Stage to the Main Stage wearing trendy, desert- inspired outfits. While many social media influencers went all out in colorful and uniquely-designed handmade outfits, it was interesting to see that well-known celebrities like Hailey Bieber and Kendall Jenner wore more casual outfits like jeans and a plain-colored top. Boys tended to wear bandanas and jerseys to represent their favorite sports teams, and sunglasses were a must-have at the festival. Pro-tip: Do not wear cowboy boots to a music festival unless you want to wake up with painful blisters on your feet. 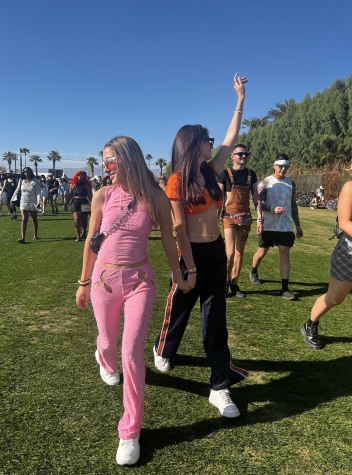 As I anticipated, the food lineup was also exceptional. It ranged from Prince Street Pizza and Salt & Straw ice cream, all the way to Broad Street Oyster Company and cuisines with pad thai, corn dogs, burgers and tacos. The stands at almost every corner helped people stay refreshed with (overpriced) drinks throughout the day, and I would not go a day without lemonade and a churro. Because of the dust from the dirt and the humid Palm Desert weather, I was grateful for the security guards that were constantly handing out bottles of water to the crowd to make sure everyone was hydrated.

Despite the trendy music and good food, one of the aspects that I had to be careful of was pickpocketing. While I had my phone in my hand at all times, two of my friends had their phones stolen out of their back pockets within minutes and security could not do much about it. 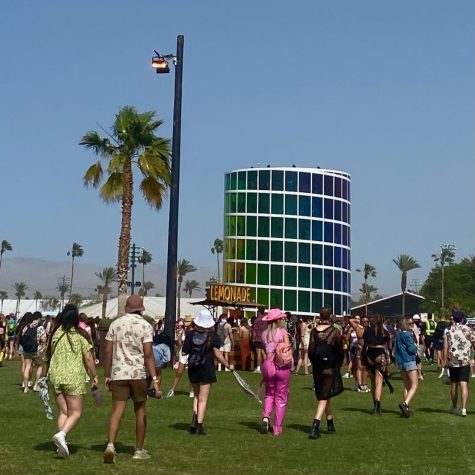 I would most definitely go back to Coachella and recommend it to teenagers and young adults who love music and dressing up. I would not recommend it for children under sixteen years old or older adults since it becomes easy to lose track of where you are and walking from place-to-place gets tiring. I am already starting to look at inspiration for next year’s Coachella outfits, and I am looking forward to yet another memorable experience at Coachella.