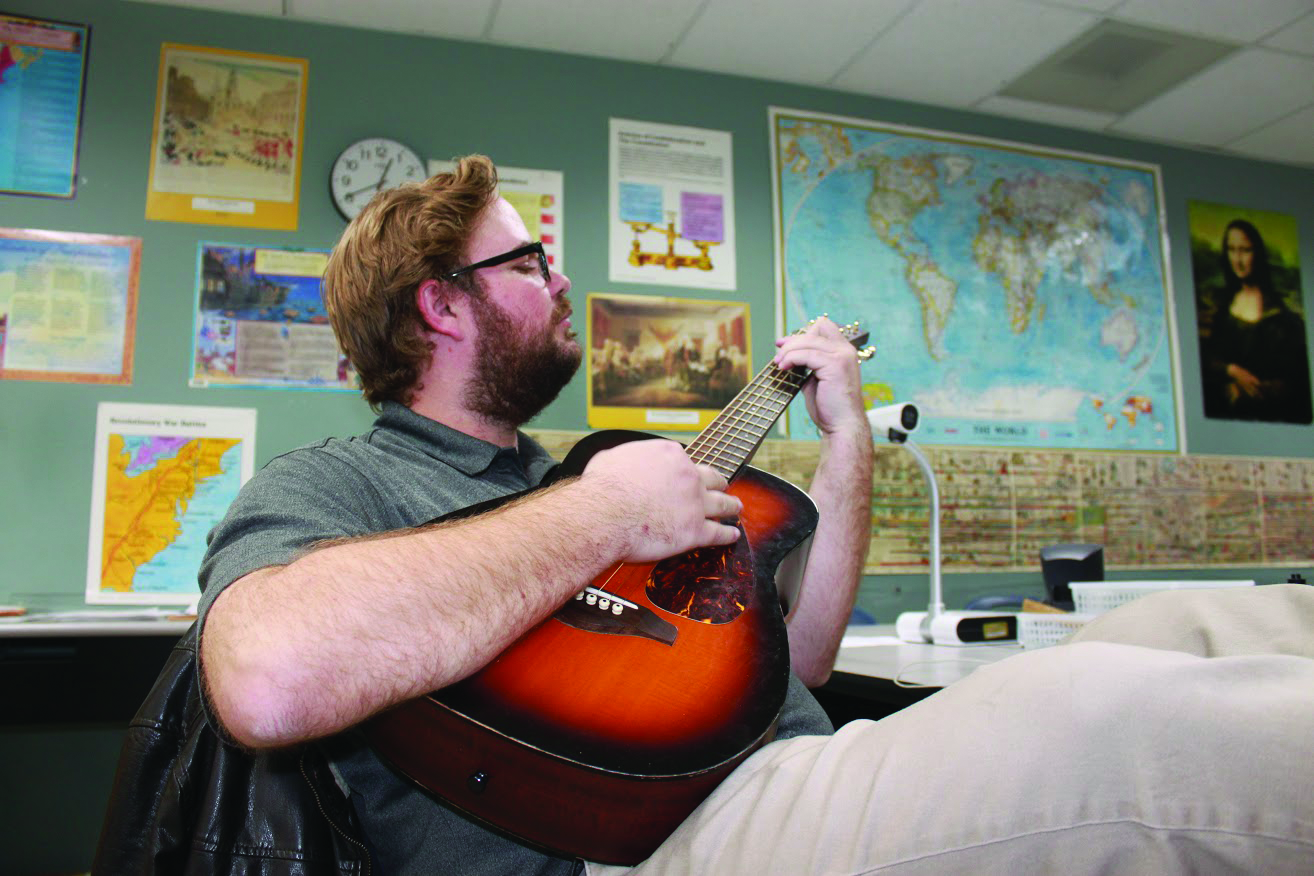 From enrolling in private piano lessons in the third grade to teaching Samoan kids English through music, CHS AP Government/Economics and AP World History teacher Bradley Boelman inspires students with his various musical talents. Boelman plays the piano, guitar and violin, which he notes is both his favorite and most difficult instrument to play.

Boelman grew up listening to The Beatles, but his musical exploration bleeds into other genres, too. Some of Boelman’s favorite musical influencers include Romantic-era composers like Johann Sebastian Bach and Johannes Brahms. He also has a deeply-rooted passion for classic alternative-rock groups like Green Day and Nirvana.

Whether he is playing his piano, guitar, or violin, Boelman is able to virtually transcend himself into a euphoric oasis when playing an instrument.

“It’s just a feeling I get; it’s one of the rare occasions in my life where I am actually able to tune out everything in the world and be in the moment, in the music,” said Boelman. “It’s like a oneness I feel with the world.”

Boelman served in the Peace Corps and moved to Samoa, where he taught young Samoan children social studies and English. He soon discovered a passion for playing the guitar by using it as a learning device to teach his students English through easily-understood songs. Boelman would pick simple English songs with lyrics in the active voice that could be used in conversational speech, like “Let it Be” by The Beatles.

“I feel one of the best ways to learn a language is to sing it—to put it to a tune,” said Boelman.

While serving in the Peace Corps, implementing music into teaching was a way for Boelman to really connect with the Samoan culture. He felt respected because music is a huge part of the Samoan way of life, making his contributions welcomed by the locals. Singing songs with the Samoan children is one of Boelman’s most cherished memories.

One of Boelman’s most treasured musical experiences was attending the Coachella Valley Music & Arts Festival in 2012, when Snoop Dogg and a hologram of Tupac Shakur performed onstage.

“The energy there was like nothing I’ve ever witnessed in my life,” said Boelman. “Everyone had the same reaction at the exact same time and it was just unparalleled.”

Within the community, Boelman is a freelance guitarist and plays at various churches, temples and weddings. He is an inspiring musician who has incorporated his music in serving others and positively making a difference in the world. •