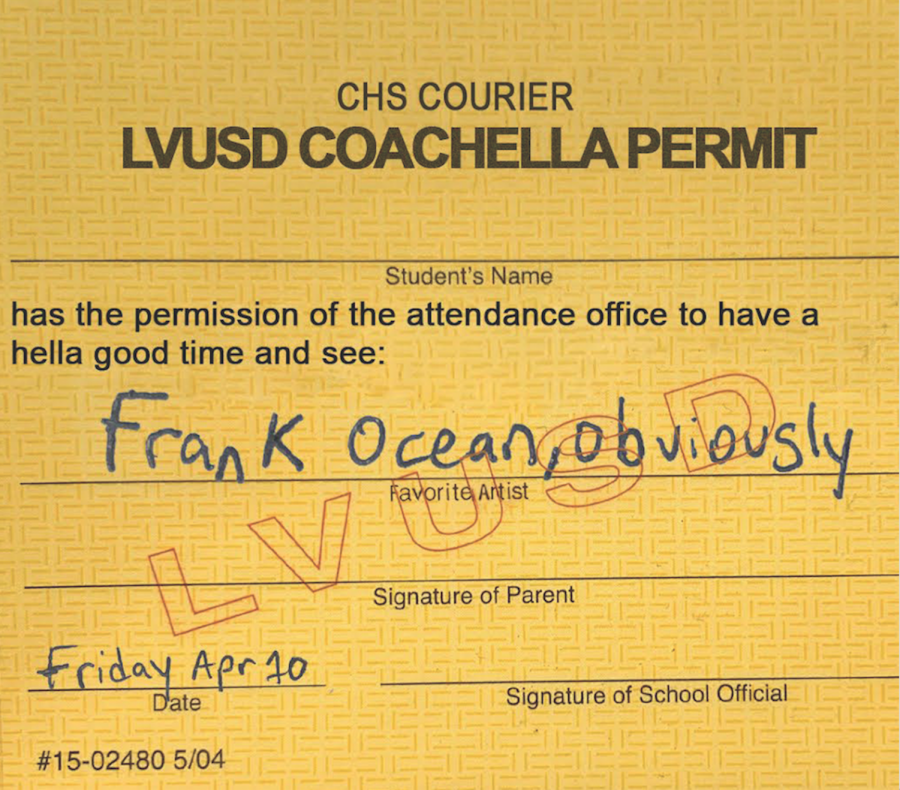 Two weekends in April hold more significance to students at Calabasas High School than most major holidays. Students from all grade levels rush to the music festival held in Indio, California in order to see a collection of world famous artists in one weekend.

Calabasas students do not regard other music festivals nearby such as Camp Flog Gnaw and Rolling Loud with this level of importance. Coachella has become almost mandatory for highschoolers to attend if they live in the valley, normalizing the absences students take in order to go. Most call in sick for the days they will be gone, though most administrators are aware what weekends Coachella is held and can piece the puzzle together. Some even tell their teachers they are missing school for the festival, expecting no consequences because of the widespread commonality of missing school for Coachella.

“My mom called in sick for me for both the Friday and Sunday,” said  sophomore Nea Jones. “Obviously [my mom] did not enjoy excusing my absence, but luckily she complied.”

The parental approval of a student attending Coachella is interchangeable with permission to skip school for two days; without one you could not do the other. The actual festival and the performances begin on a Friday, so by attending school that Friday, one misses a distinguishable portion of the fun.

Students study hard enough to maintain good grades in their classes, enough to the point where two absences will not have a dire effect on their gradebook, and most decide that their time at Coachella is worth the absence. The school, while aware of the real reason for the absences, may not do anything about their suspicions as long as a parent calls to inform them of their child’s absences. If a student’s absence exceeds five days, administration requires a doctor’s note; but this does not apply to Coachella as the absences would not exceed three days at the maximum. Calabasas students treat the festival as they should, as if it is a local holiday that is worth the absences.