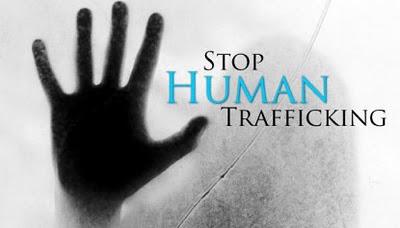 Los Angeles officials have recently partnered up with five non-profit organizations and a local law-firm to reduce human trafficking.  The organizations include National Council of Jewish Women Los Angeles, the Coalition to Abolish Slavery and Trafficking, OASIS USA, Jewish Labor Committee Western Region T’ruah and Gibson and Dunn & Crutcher LLP.  Officials hope to encourage victims to ask for help and also want to encourage people to report any incidents that may seem suspicious.  In order to achieve this goal, officials have instituted The Human Trafficking Poster Outreach Project.

L.A. is one of the most common cities for human trafficking.  According to Human Trafficking Search, traffickers are attracted to California because the state has a booming economy and large population. L.A. is 13th on the list of areas where sex trafficking occurs, according to the Federal Bureau of Investigation.  Usually, human trafficking happens in common places such as shopping districts or local businesses in areas such as Beverly Hills, Century City and Pasadena.

“The process of abdicating innocent people and using them as sex slaves is just horrible and should not be condoned in our society,” said sophomore Kristen Doyan.

The Human Trafficking Poster Outreach Project is based on a federal law that was passed in 2013.  Last spring, Senate Bill 1193 went into effect, stating that businesses need to post information regarding human trafficking and provide a hotline number for victims to report any incidents.  In April 2013, the SB1193 Anti-Human Trafficking Implementation Project decided to educate businesses about human trafficking through visually attractive posters.  On Feb. 9, The Human Trafficking Poster Outreach project, following in the footsteps of the SB1193 law, had volunteers target five non-profit organizations and decide on a poster for the community to use.  The ultimate goal of this project is to decrease the amount on human trafficking in L.A.

In the future, city council members and officers hope to create a better future for the people of L.A.  Within the next year, officials hope to reduce the amount of human trafficking in L.A. through these informational posters.