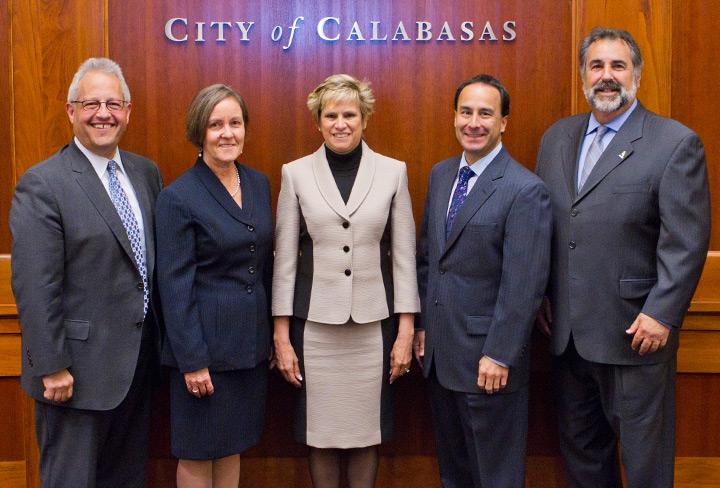 On March 25, shortly after Cub Scout Pack 333 conducted the flag ceremony and Mayor David Shapiro made his outgoing remarks, Councilwoman Lucy Martin took the oath of office as the newly elected mayor of Calabasas. Martin, who was elected to city council in 2011, has been an active member of the Calabasas community for many years. She has held various positions from President of both the A.C. Stelle Middle School and CHS Parent Faculty Clubs, to City of Calabasas Teen Court Clerk. As mayor, Martin is dedicated to keeping city matters on task while also striving to protect the unique character and physical beauty of Calabasas.

In her first few months in office, Martin will be taking on various projects to improve the lives of Calabasas residents. She will be overseeing the construction of a new Senior Center as well as tackling two large projects aimed at increasing residential safety. Martin is currently undertaking the Mulholland Highway Project, which will improve traffic along Mulholland Highway, and Measure R, a $30 million renovation of the Lost Hills overpass. Along with these projects, she will be supervising Calabasas’s role as a host city for the British team of the Special Olympics this summer.

Furthermore, Martin is passionate about maintaining the landscape and physical environment of Calabasas. She hopes to counteract the effects of the critical California drought through conservation, wise use of water and widespread utilization of the Smart Irrigation systems installed throughout the city, as they are designed to adjust run-times in response to the environment.

Martin is also committed to preserving the relationship between the City Council and the schools of Calabasas. She wishes to continue to provide the best education possible for the young residents of the city through a supportive government, and she urges students who are interested in the Calabasas government to get involved with the city council.

“There is student government, numerous events that need volunteers and there are open meetings encouraging opinions and participation on major decisions in the city,” said Martin. “Students can show up at council and commission meetings to observe and even participate in the process.”

As a Calabasas local and a community advocate, Martin is devoted to maintaining open contact with the city’s residents. She can be reached through the city of Calabasas’s Facebook page, Twitter account and website, as well as during office hours throughout the week. Martin will be working hard to uphold the quality of life that Calabasas residents and businesses enjoy.