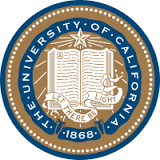 On Nov. 18, the University of California Board Regents unanimously approved a plan in order to raise enrollment within each of the U.C. campuses. The plan, known as the Three-Year Financial Sustainability Plan, entails that 10,000 undergraduate and transfer applicants will be accepted by 2018. Therefore, all nine U.C. schools will add 5,000 in-state students each school year until 2018.

“U.C. is committed to expanding the number of California undergraduates who attend the university, and to sustaining that expanded access,” said University of California President Janet Napolitano to the Board of Regents.

In terms of fiscal matters, U.C. schools will keep its tuition the same for Calif. applicants. In addition, the U.C. campuses  will receive 25 million dollars to spend on the expanding student population and invest in academic resources. According to Napolitano, there is a great advantage in the fact that the fees for UC schools will remain stagnant for six years; however, tuition after 2018 will increase and will be fixed to the rate of inflation. She is also hoping for another six million dollars to contribute for graduate students because they are crucial for teaching and research opportunities. Although there have been concerns regarding the number of dormitory spaces and professors, U.C. officials are confident that the U.C. system will accommodate.

“While I do think this may cause overcrowding issues and larger classroom sizes, ultimately UC’s are public schools and large class sizes are a given,” said senior Kristen Doyan. “It will be beneficial to California residents because of the recent number of out-of-state undergraduates  rising.”

Napolitano’s plan for additional enrollment stems from criticism by Calif. parents and students who expressed that  U.C. schools had added too many students from other states and regions in hopes of receiving higher tuition rates. Currently, the tuition for a U.C. school is $13,400 for in-state students, and the tuition for out of state students is $37,424. Despite the fact that the Legislature gave $25 million to increase the total number of Calif. students, U.C. schools will still utilize state money in the following years and according to Los Angeles Times, some of the funding will come from reducing financial aid for Calif. students.

U.C. schools are working with the state government in order to adjust to the growing number of students. By 2018, U.C. schools will witness a surge in their student population.