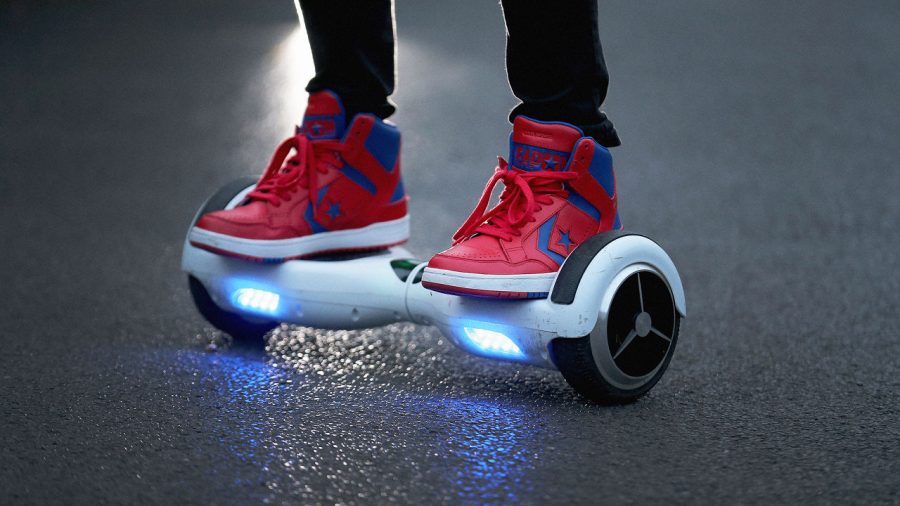 On April 1, Calabasas Mayor James R. Bozajian announced his new initiative to replace all bike lanes within the community with “hover lanes.” These new traffic lanes will be reserved for owners of hoverboards. Although hoverboards initially started off as a technological trend, they are quickly becoming one of Calabasas’ most common forms of transportation. Being a hoverboard enthusiast himself, Bozajian feels that it is important to ensure that all Calabasas residents will never have to suffer the pain of walking again. While many critique hoverboards, there is no denying that these self-balancing electric scooters are revolutionizing the future of transportation.

With the approval of the Calabasas City Council, Bozajian plans on spending around 419 million dollars on the new renovations. Since hoverboards cannot be safely operated on any terrain that is not perfectly smooth, the lanes will be paved with solid gold. Additionally, many traffic assistants such as lights, signals, railings and other additions will be added to the hover lanes to help aid traffic flow. Although the Calabasas City Council is struggling to tax enough residents and embezzle enough funds to enable this plan, they have assured hoverboarders everywhere that they will have the best transportation experience possible.

“I am proud to be starting this new initiative and catalyzing a revolution in personal transportation,” said Mayor Bozajian. “Although we are investing a lot of money to pay for the new lanes, I believe it is a small price to pay for rolling to one’s destination a little faster than one could walk there.”

Despite some initial protest from cyclists, people have quickly realized that Bozajian’s initiative will only enhance the status and reputation of the Calabasas community. Similar to the equally trendy Segway, hoverboards use sensors to detect when the rider leans a certain direction, and, in turn, the motor spins the wheels to move in that way. However, the self-balancing board is a more compact and convenient way to commute to work, get to Soulcycle and travel to Starbucks.

“Being president of the Calabasas Mountain Biking Team, it is no secret that I love to pedal my bike,” said senior Seta Aghababian. “But I am totally in favor of changing all the bike lanes to hover board lanes.”

Due to the overwhelming support of the community, Bozajian and the Calabasas City Council have decided to begin construction as soon as possible. Although the construction of the hover lanes may interfere with other traffic projects being built, the construction company has assured local residents that the project will be finished in four years, maybe five. These hover lanes are a big victory for self-balancing electric scooter users everywhere. However, according the Department of Motor Vehicles, hoverboards are not considered motor vehicles so they cannot be registered. As a result, many hoverboard supporters are fighting to gain the right to operate their electrically motorized boards anywhere and everywhere.