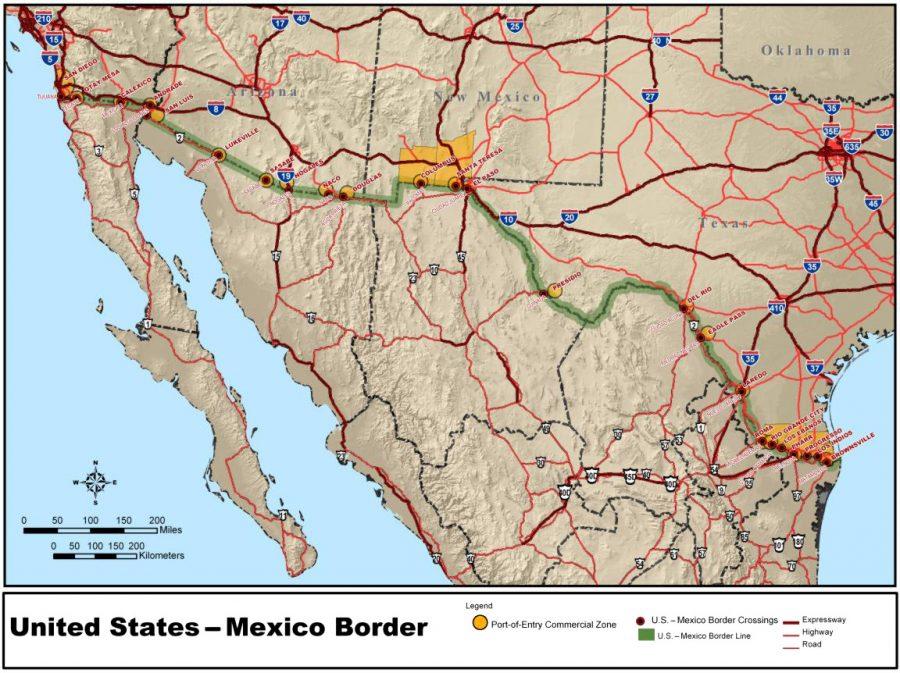 On Thursday, March 31, Mexico announced its plans to construct a wall across its northern border. The project will take approximately four years to complete and is expected to be finished by the time Jeb Bush is ready to campaign again.

“Our goal is to keep the blatant racism that plagues America from spreading into our nation,” said President Enrique Peña Nieto in a public statement. “History shows us that the best way to stop an ideology is through physical action.”

The project will cost approximately 8 billion dollars, revenue Mexico plans on raising through cuts to defense spending and taxes on marijuana, which was legalized in September. The government also came to an agreement with numerous drug cartels, putting an end to the long time feud that has ravaged the country.

Construction will begin on April 24 in the west at the northern border of Tijuana. It will then extend across the Mexican border until it reaches El Paso and continues southward along the border. Approximately 350,000 workers are expected to be employed in total, constituting primarily of Mexican workers living near the border.

Once complete, Mexican Border Patrol will ensure that Americans cannot get over the wall. Guard stations will be stationed every five miles–providing employment to an estimated 100,000 workers. Mexico’s employment rate is expected to jump between two and three percent.

“Although this may come off as a drastic measure, I will stand behind our neighboring country and its decision to keep us out,” said President Obama. “Fortunately, President Nieto has agreed to keep Mr. Donald Trump on his side of the wall, in Mexico, where his power will be neutralized and he will not be able to reach his fan base of neo-nazis and former Klan leaders.”

As of now, Trump has not commented on the issue.

“Sometimes I take road trips to Tijuana to get tacos because they are much cheaper and better than Mexican food in Calabasas,” said senior Eden Shemuelian. “I am sad I will no longer be able to go get tacos in Tijuana.”

As a result of the wall, Nieto has also announced that any civilian travel between the U.S. and Mexico will be prohibited. He has since faced backlash from a number of coastal cities such as Cabo San Lucas and Cancún that plead that they generate a majority of their revenue from U.S. travelers ages 18 to 24.

“I already planned my spring break for 2020,” said sophomore Nicole Naidrich. “My friends and I were so excited to go spend spring break in Cabo. Our backup plan was Puerto Vallarta. Now we have to go the Bahamas.”

Although Mexico has yet to release an official title for the project yet, there is speculation that it will be named in mockery of Donald Trump.