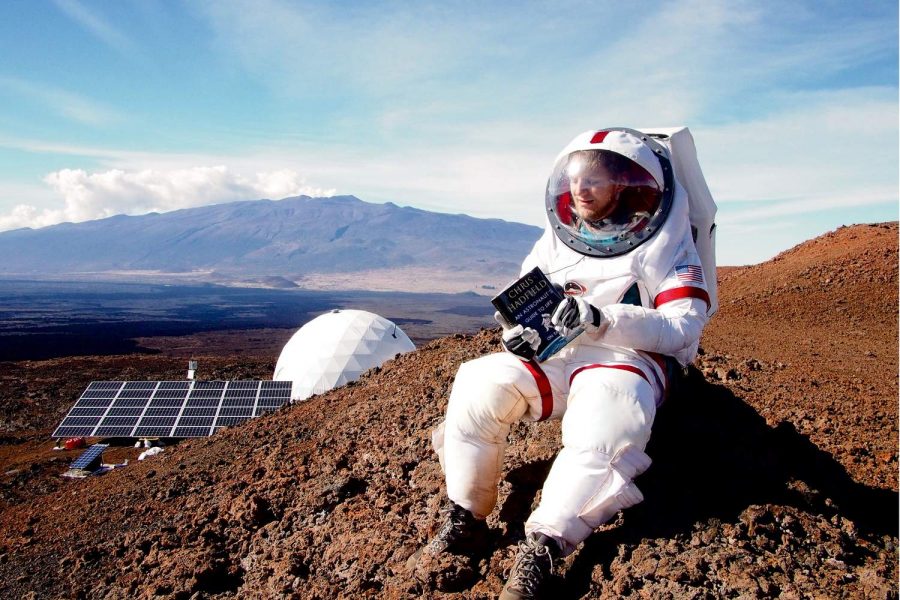 On August 29, 2015, NASA partnered with the University of Hawaii to begin a yearlong isolation experiment that would simulate life on Mars on the island of Mauna Loa. The six NASA recruits, who were strangers to each other at the beginning of the experiment, would only have human contact with each other for the next year. The team was made up of Carmel Johnston, Christiane Heinicke, Sheyna E. Gifford, Andrzej Stewart, Cyprien Verseux and Tristan Bassingthwaighte.

Including a German physicist, a NASA physician, a French astrobiologist and an American hydrologist, all participants beheld interests in science or research and originated from different countries. For a full year, the team of six lived tightly packed in a 1,200-square-foot dome. The dome was located by the side of a Hawaiian volcano on the slopes of Mauna Loa, on the Big Island of Hawaii. The dome lacked fresh air, food and privacy, and resources were limited. Whenever the crew went outside of the dome to get fresh air, they had to don space suits in order to realistically mimic a stay on Mars. These factors made it vital for the recruits to be resourceful and conscience of their social interactions so as to avoid conflict that may stunt the success of their “mission.”

Throughout the year, NASA provided the team with shipments of food like powdered cheese, canned tuna and water every two months to sustain them. The team relied solely on solar power energy to power the whole dome. In order to communicate with the outside world, the team members all had an opportunity to use the Internet and send emails, but when sending or receiving messages they experienced a twenty minute delay to imitate the time lag between Earth and Mars. Also, the team members blogged about their daily experiences for the whole year. The teams blogs are open to the public and can be read at the website http://www.walking-on-red-dust.com.

NASA’s yearlong isolation experiment was the longest ever attempted. Previous to this mission, the longest experiment had been conducted by Russia and lasted 8 months. At the conclusion of the experiment, all of the team members felt certain that a mission to Mars would succeed and would probably take place in the near future.

The team feels that this yearlong Mars simulation in Hawaii will have a dramatic impact on history. The data that the recruits collected throughout the year will guide future astronauts. The follow-up with the team members has educated researchers on how isolation impacts people and of the potential negative consequences of traveling to Mars. The six team members that lived through this experiment all hope to apply their experience to their lives and jobs in the future.

“I am looking forward, as well, to the next steps of my research work,” said Verseux. “The results I got here gave me new ideas.”

Due to the success of the this experiment, the University of Hawaii is already looking to recruit participants for two more isolation simulation studies in the next two years.