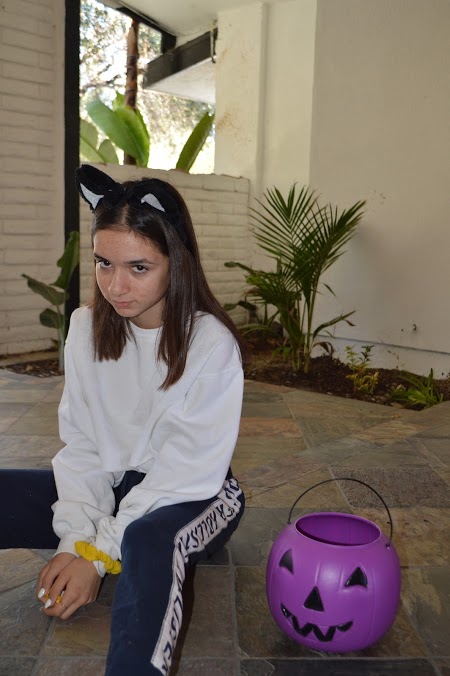 Every year on Halloween, children dress up in creative costumes, stay up past their usual bedtimes and eat loads of candy. However, some people think that this tradition must end once kids become teenagers. In Bathurst, a small town in Canada, government officials took these concerns to legislation, prohibiting teens over the age of 16 years old from trick-or-treating. Bathurst has also enforced a strict curfew of 8PM on Oct. 31st beginning this year. This new law has sparked outrage among parents and adolescents both in Bathurst and from elsewhere.

The Canadian Broadcasting Corporation reports that anyone over the age of 16 in Bathurst caught looking for free candy or wearing any sort of costume, including facial masks, will be fined $200. Surprisingly, Bathurst’s new law is only a revision to an older law that stated that anyone over the age of 14 would be fined and mandated a curfew of 7pm. Fortunately, for all the teenage trick-or-treaters in Bathurst, the preexisting law was never enforced. Sadly, these teenagers that could once trick-or-treat freely now have to spend Halloween inside.

This law was created mainly for the older citizens of Bathurst. Older citizens are concerned about teenagers causing “mischief” on Halloween. According to a 2016 census, 49 percent of New Brunswick’s population is 55 years or older. Although a large majority of people in New Brunswick support this new law, many unhappy parents are taking to social media to voice their opinions.

“I’d rather my 16 year old go out trick-or-treating than out drinking,” said @ctygrlcntrylife on Twitter. “This is an awkward age. Sixteen year olds should have fun too.”

This Twitter user, along with many others, is against the ban, arguing that if high school students are unable to trick-or-treat, they might partake in more mischievous activities. Banning teenage trick-or-treating is not as uncommon as one may think. Other cities including Bishopville, South Carolina and Belleville, Illinois have banned trick-or-treating over the age of 12. But unlike Bathurst, in these cities the rule is rarely enforced, even though studies have been conducted proving that an increase in violence on Halloween night.

“The evening violent crime count on October 31 is about 50 percent higher than on any other date during the year, twice the daily average,” said Northeastern University Professor James Alan Fox.

Trick-or-treating on Halloween may be a fun activity for teenagers, but Bathurst’s new law could possibly lower crime rates and keep children safer on Halloween. Teenagers in Bathurst will no longer be able to cause mischief on Halloween… at least outside.