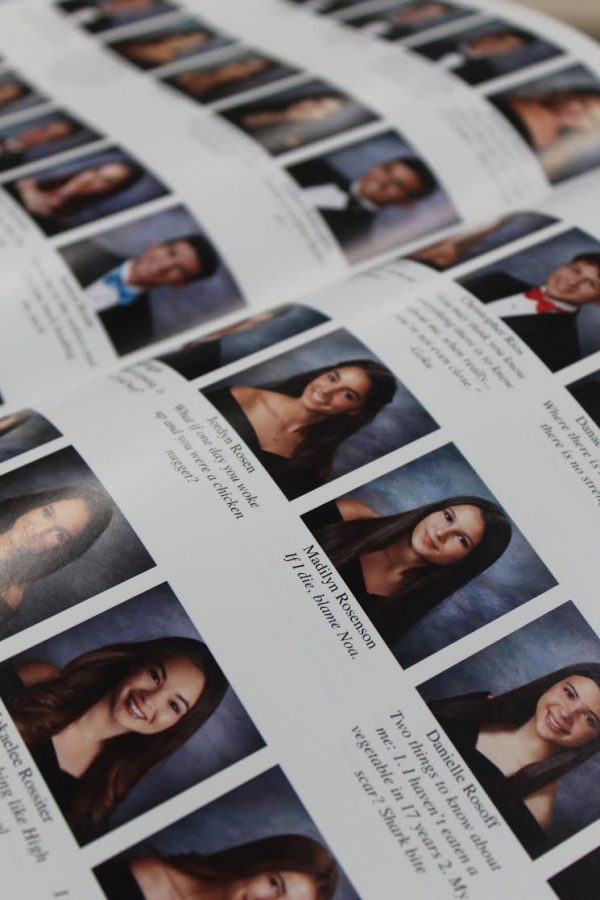 In a move that has disappointed most seniors, the Calabasas High Yearbook has announced that senior quotes will no longer be included underneath the graduating class’ portraits.
In past yearbooks, many quotes with questionable and inappropriate meanings managed to slip through the yearbook staff’s screening process. In an effort to prevent this, Yearbook Adviser Rachael Kaufman worked with administration and eventually reached the decision to cut senior quotes altogether.

“As adults, we don’t know what students are saying all the time and that allows for inappropriate things to slip in, so every now and again one goes through,” said Kaufman. “Although the yearbook is meant to document you as a student and your fours years in high school, it’s also a reflection of our community.”

With almost 500 quotes to oversee, the workload for yearbook staff is very demanding, according to Kaufman.

According to Kaufman, the removal of senior quotes can be beneficial because it allows administration to avoid the previous protocol of subjecting students who submit inappropriate quotes to serious consequences and faculty questioning. Also, the constant variation between senior portraits with senior quotes and senior portraits without them can create layouts that are not aesthetically pleasing, said Kaufman.

“I immediately knew that our students wouldn’t be happy with this decision.” said Kaufman. “I’ve heard that ‘I’ve been planning my senior quote since 5th grade.’ However, I’ve also heard from a few students that are actually excited. I’ve heard from students at other schools that don’t have senior quotes who say not having them takes the pressure off of finding a great quote that’s going to represent you.”

Some seniors are speaking out against the change, angered by what they feel is a limitation of their creative freedom.

“It isn’t fair that our grade should have to pay for the actions of previous grades,” said senior Sheina Goldman. “It’s like we’re being judged before we have a chance to do anything. Quotes are something we look forward to before even starting high school as a fun way to leave our mark and express ourselves. It’s sad to think we won’t be able to do so anymore.”