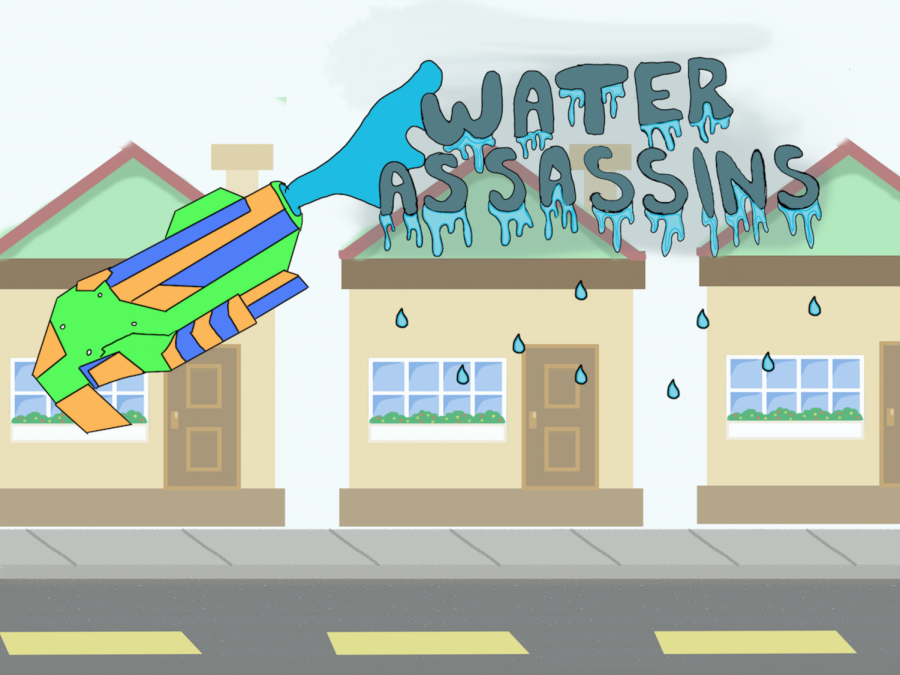 For years, the game “Water Assassins” has been a rite of passage for the senior class of Calabasas High School. The 2019-2020 school year is no different, only the game is now bigger than ever as around 300 students are participating.

Every year when the second semester begins, a senior will step-up and lay the foundations for the years edition of “Water Assassins.” Senior Luke Dillon has been put in charge of the game’s Instagram account, where all updates and rules are posted. In addition to running the account, Dillon also handles any conflict between teams and writes all the rules, which have either been passed down from previous senior classes or have been written by Dillon himself. Once word got out that “Water Assassins” was happening this year, seniors signed up in droves.

“One night I decided to make an Instagram account and in 24 hours, I had over 200 followers,” said Dillon. “It’s me and a few Calabasas friends, and a few friends at Agoura helping out.”

Each student paid $10 to participate and formed their own groups of five. The winning team will be rewarded with all the money, totaling to around $3,000, and will then be split evenly between the five teammates. Some of the prize will be given to the others helping Dillon.

The game’s main rules include only playing after school hours and one must document their “kill” by taking a picture with their victim. Students participating can only use water to assassinate their target, but they can use any device ranging from water bottles to water guns. Safe zones include the CHS campus, inside cars and individual’s own homes. During the week leading up to the game, as CHS students flock to the streets to prepare, stores like Target and Walmart ran out of water guns almost immediately.

“‘Water Assassins’ has been so much and brought me a lot closer to my friends,” said senior Amanda Reed. “Although it can be really stressful at times, I’m having a blast.”

“Probably the first time I heard about it was a few years ago and it had gotten very out of hand. It at first started completely off-campus and it was just a thing,” said Foss. “And then it was starting to come on campus and kids were starting to get overly aggressive with it and then it became a discipline issue on campus. I do not know what the rules are, I know you’re supposed to get somebody wet. It’s the same reason we don’t have water balloon fights.”

For the most part, this year’s “Water Assassins” has been peaceful with little complications. However, despite having strict rules set in place, problems have still arisen. In the early stages of the game, multiple students directly messaged the official Instagram account run by Dillon, reporting that police had been called in an attempt to avoid being shot by other players. To bypass this situation in the future, Dillon posted on the Instagram account to remind those participating that this experience is only a game and that students do not need to put the game in jeopardy by notifying law enforcement.

“When people call the cops it makes me frustrated because I’m trying to put something together for everyone to have fun,” said Dillon. “Authorities should not be involved.” •