Calabasas A and B Teams triumph at Ventura County Academic Decathlon 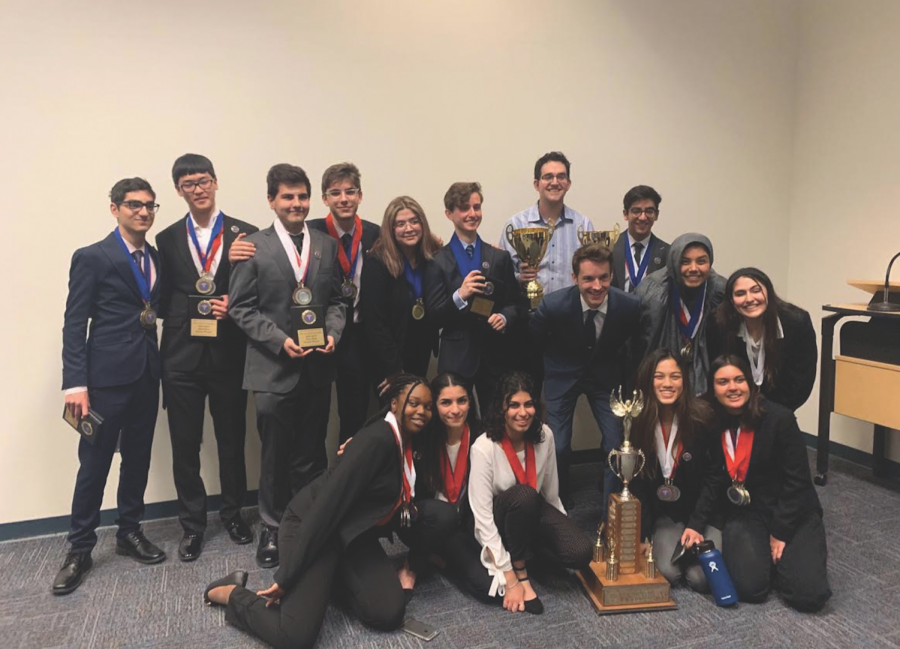 The Calabasas High School A and B Teams took home first and second place in the Ventura County Academic Decathlon last weekend.

This win marks the first time in over 10 years that a single school’s A and B team has surpassed all 15 other schools’ A teams. Coached by AP United States History teacher Tyler Lee and Algebra II, Finance and AP Statistics teacher Michael Fienberg, the CHS “Deca” teams took home a total of 90 individual medals, including eight first places in subjects, eight second places in subjects, and first place in Super Quiz. Calabasas’s team has now taken home first place for four consecutive years.

The competition was held at Pacifica High School in Camarillo, where both teams completed various individual tests on a myriad of subjects. The theme of this year’s competition was “In Sickness and in Health: An Exploration of Illness and Wellness.”

“[Academic Decathlon] is one of the few programs where [success] is not necessarily about unique talent,” said Lee. “[Succeeding] is more about how much time and effort you put into the program.

The Academic Decathlon A Team will now advance to the State Academic Decathlon which will be held in Sacramento, Calif. in March. The team has practiced for up to four hours daily since August and continues to do so in an effort to dominate at State.

“We definitely want to improve on every subject,” said Lee. “Also, we need to improve a lot on math, so we have enlisted Ms. Camacho to help us.”