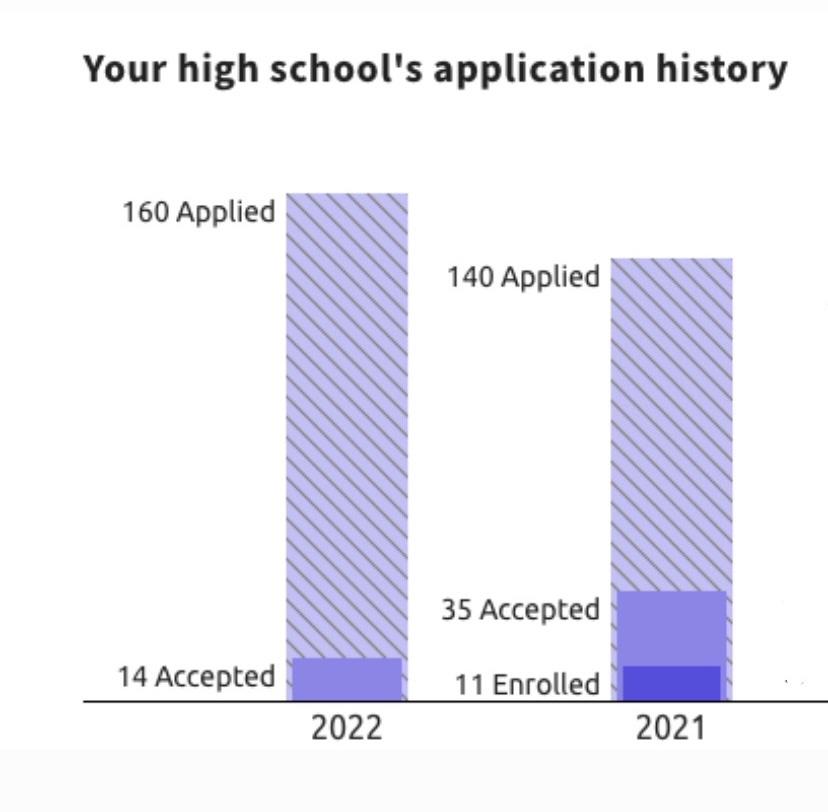 The graduating class this year has faced an extremely competitive application process, partially as a result of new test-optional and test-blind policies at many universities. According to Forbes, applications submitted through the Common App, used by over 800 colleges nationwide, increased by 13.2% this year from the 2019-2020 graduating class.

“Nationwide, almost every college reported an increase in applications [this year],” said Robin Lutsky, CHS College and Career Counselor. “[That result] almost definitely can have a straight line to the optional SAT and ACT.”

In addition to the effects of changing standardized testing requirements, this year’s graduating class faced overly full campuses due to excessive enrollment last year. Many universities accepted huge class sizes in the fall of 2021 because of under-enrollment due to COVID-19 in 2020.

“What seems to be happening more this year is offering students off campus for fall [semester] in Europe,” said Lutsky. “[Colleges tell students to] do [their] semester abroad now as a freshman, go to Ireland or London or Madrid and then come back to [the main] campus in the spring semester.”

In the face of the disappointment and stress of college decisions, the College and Career Counselors encourage CHS students to maintain perspective.

Specific college admissions data for CHS students can be found on Naviance.