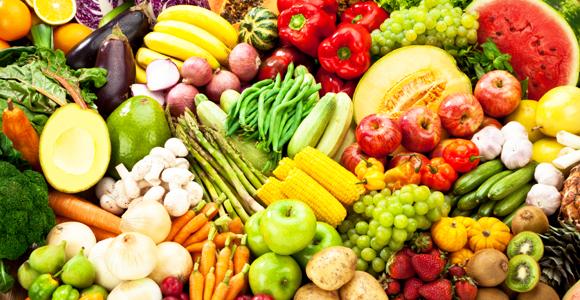 In the face of an obesity crisis, many are striving to better their health practices and steer clear from unhealthy foods.  People have turned to veganism, a growing lifestyle that does not permit consumption of animal products.  According to People for the Ethical Treatment of Animals (PETA), 2.5 percent of Americans are vegans.  Despite this small percentage, veganism is slowly but surely expanding in numbers.  Veganism can provide health benefits, promote ethical values and teach citizens to be environmentally friendly.

Today in society, there are many concerns about the epidemics of obesity, heart disease and diabetes.  Veganism reduces cholesterol levels and promotes proper digestion, as it includes eating plenty of fruits and vegetables, which can replenish one’s vitamin and nutrient levels.  These practices not only advocate a healthier diet but also limit the chance of acquiring chronic diseases.  According to a study in the New York Times, people who eat processed and chemically enhanced meats on a daily basis have a high chance of dying earlier than those who have plant-based diets, such as vegans.

In addition to health benefits, veganism teaches ethical values, as butchering masses of harmless animals goes against the basic principles of morality.  For example, some animals are confined in small spaces in which they are overfed and unable to move.  They are also given growth hormones and antibiotics in their food so that they grow at an abnormally fast rate.  Slaughtering an animal to be eaten is barbaric and should not be tolerated.

Furthermore, slaughterhouses have an adverse effect on the environment.  For example, when animals use this space for grazing, the soil becomes nutrient poor, which means that the land can never be used again. Therefore, livestock farming takes away space for farmers to grow their food and plant crops.  Also, according to the Food and Agriculture Organization of the United Nations (FAO), slaughterhouses release 18 percent of greenhouse gases in the atmosphere.  These massive amounts of toxic gases harm the environment, as they contribute to global warming of the ecosystem.  If more people were to practice veganism, these problems would be significantly reduced.

Veganism is an ideal way to be environmentally friendly, remain healthy and practice ethical values.  In the world today, veganism is a growing movement, not simply a fad.  Although the transition to veganism may seem daunting, living a vegan lifestyle can significantly improve mental and physical health.  With determination and willpower, a person can truly benefit from what veganism has to offer.
Con
Written by Avery Columbus – Staff Writer

People often assume that eliminating animal products from their diet will help them maintain a healthy lifestyle.  However, a vegan diet is not always the best option, and in reality, is a more costly and difficult way of life.  A vegan must exclude many healthy components of a versatile diet.  Also, vegans cannot consume animal products or foods associated with animals, and consequently end up missing out on vital minerals.

Veganism comes with the challenge of compensating for the nutrients that one needs and often receives from animal products.  For example, Omega 3 is a vitamin that is essential to human health, but is mainly found in fish and eggs; thus, vegans need to take dietary supplements in order to obtain Omega 3.  This concept also applies to vitamin B-12, zinc, calcium, vitamin D and iron, all of which are hard to find in a vegan diet.  To obtain these vitamins, vegans must take dietary supplements which can be costly.

“For me, it would be hard to be a vegan because I am on sports teams, so I need protein and energy to help me stay active during games and practices,” said sophomore Tina Lavaf.  “This would be a very difficult task if I were not able to consume any animal products.”

Although one can get a small portion of these vitamins and minerals from vegan foods, the human body tends to absorb nutrients, such as calcium, better when they come from animal products, not plants.  Also, many dietary supplements are less accessible, making meat a more convenient option.

Financially, being a vegan is a huge responsibility.  Vegans will most likely need to buy their groceries from natural food stores or the health departments of supermarkets.  The goods at these establishments tend to be far pricier than foods sold in local super markets because organic foods are much more expensive to cultivate than non-organic products.

With the commitment to being a vegan comes the difficulty of finding food that meets the requirements of this diet at places such as restaurants and super markets.  Vegans must constantly watch what they eat and read every label to see if different foods fit their limited diet.  Finding foods that not only qualify for a vegan lifestyle but is also the individual person’s preference is extremely difficult.

Contrary to popular belief, veganism is not always a healthy diet, as there are many essential nutrients in animal products.  Any diet can be healthy as long as it includes the right foods and portion sizes.  Deciding to be healthy does not mean becoming a vegan; there are many healthier alternatives.