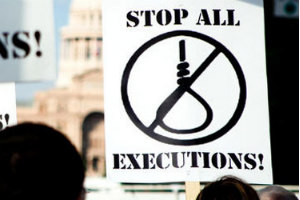 The cost of the prosecution process of a criminal is much more than that of a criminal who is subjected to lifetime imprisonment.  According to www.antideathpenalty.org, the cost of execution is $2 million dollars per person, while a lifetime imprisonment is $500,000.  Additionally, the prosecutor has overturned the majority of the death penalty sentences, according to www.eji.org.  The jury has overturned more than half of the 32 cases in which the defendant received a death sentence.  This exhibits inconsistency between sentencing and carrying out capital punishment.

“The death penalty is one of the worst ideas that has come upon America [because] it is inhumane and cruel,” said sophomore Mariana Cabrera.  “In the 8th amendment of the U.S. Constitution, we all have the protection from cruel and unusual punishment, and therefore, the right to life is something that no one has the power to take away.”

Because prosecution costs are high, inmates from a lower socioeconomic status may not be able to afford the legal tools necessary to defend themselves.  Unfortunately, most people that are convicted are poor and therefore have incompetent legal representation on the day of their trial.  According to uscourts.gov, the average cost of legal representation is $269,139.  However, legal representation has repeatedly proven to be inadequate.  As a result, the poor person receives a sentence because he or she is unable to represent himself or herself in the best way possible.  Something as serious as a death sentence should be judged in a fair and professional manner, regardless of the person’s class or financial standing.  This practice is simply unfair to those who may have a substantial case.

Besides a person’s socioeconomic status, his or her ethnic origin contributes to the fate of their lives.  According to Time Magazine, a black person is 3.3 times more likely to be sentenced than a white person if he or she kills a white person.  This sprouts inequality within the system and juxtaposes life and death on the basis of race.  The real perpetrator of the crime may escape imprisonment and the innocent suffer the death penalty.  Race should not be a factor while making a life or death decision.

Issuing a moratorium on the death penalty can be beneficial for Washington as it may temporarily address issues of inequality and unfairness.  Eventually, if Washington decided to ban the death penalty, the state would truly benefit as a whole.  While a guilty person should receive the appropriate punishment, he or she should not have to live with fear and uncertainty of death.  Taking someone’s life is a serious matter and should not be surrounded by doubts, budget, economics or race.