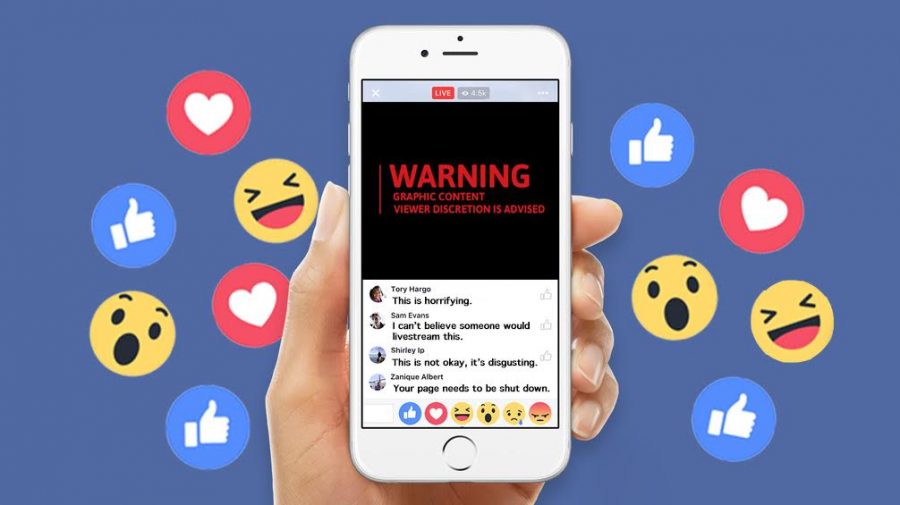 In June of 2015, Facebook released a new feature known as live streaming. Facebook Live is an interesting tool that allows knowledge and news to be spread easily and quickly around the world; however, this new form of communication has also resulted in the streaming of highly graphic content. Since Facebook Live’s debut, over 45 instances of extreme violence, including shootings, rapes, murders and child abuse, have gone viral. Many more videos like these have been broadcasted but not brought to public attention. Unfortunately, other apps including Instagram, Youtube, Live.ly and Tumblr also now use live video to broaden their appeal and—by doing so—provide platforms for this explicit content.

Sadly, preventing live streamers from sharing graphic videos is impossible, but monitoring and deleting videos with this type of content can limit the amount of people who see it. Facebook, along with many other apps, fails to delete these videos in a timely fashion. In April, a video of a father murdering his 11-month-old daughter was available to watch on Facebook for almost 24 hours. This is just one example showing Facebook’s irresponsibility when it comes to allowing extremely disturbing material to be publicly broadcasted.

Facebook videos are readily available to any and all users, including young children. Facebook has attempted to help solve this problem by hiring 3,000 additional employees to monitor trending live videos. While this is a good first step, these disturbing videos will still be available for everyone to watch, at least for a short period of time. Many students at CHS think that Facebook and Instagram need to be more proactive in preventing graphic content from being shared.

“I see people live streaming murders and car crashes on the news all the time,” said sophomore Nico Zacharatos. “I think Facebook should make sure that these videos get deleted quickly.”

Students like Zacharatos believe that freedom of expression is important, but measures must be taken to limit sensitive, and illegal, footage released. Facebook’s streaming of explicit content not only promotes violence, but it also contributes to the downfall of society by desensitizing people to graphic content. •