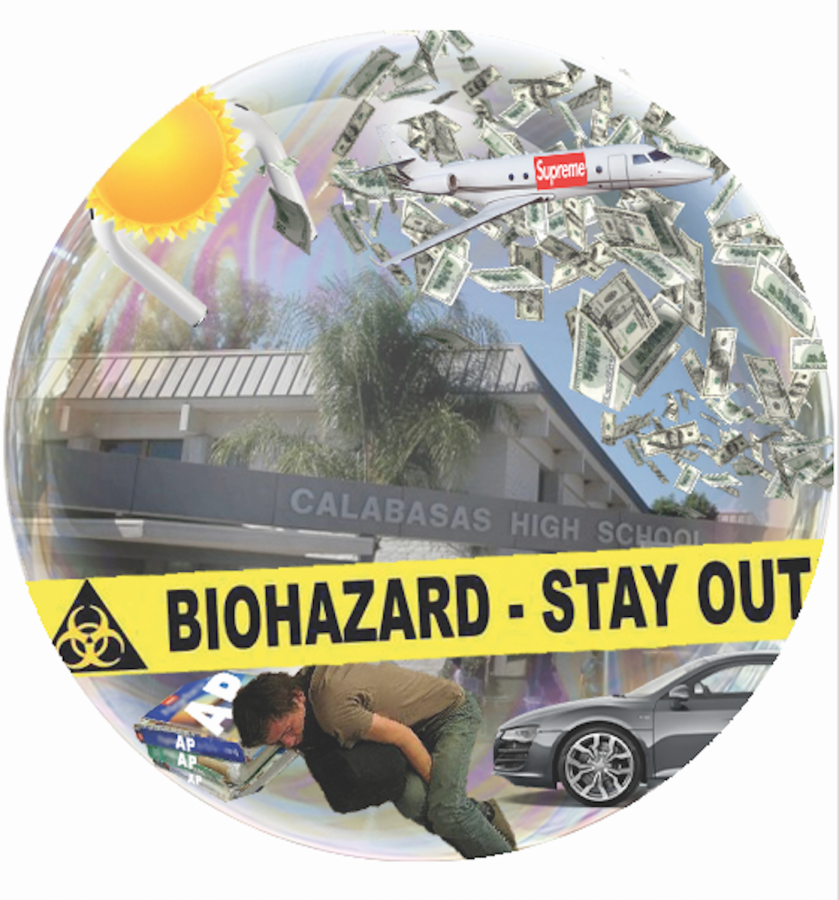 Students at Calabasas High School are known for living luxuriously. From driving high-end cars, wearing brand-named clothing and taking off school to attend music festivals, CHS students exude wealth and superiority. Additionally, celebrities like the Kardashians, Jeffree Star and Kendrick Lamar reside in Calabasas, which heightens the reputation that Calabasas is known for. The popularity from the Calabasas brand is transforming the culture at CHS into a toxic and arrogant environment.

The prestigious mentality that CHS students possess is subconsciously enforced; they must follow many unwritten rules in order to stay relevant on campus. These rules pertain to academics, values, status, fashion, attitude and abilities. Many would claim that the environment at Calabasas is competitive and stressful. The values and beliefs create a hostile and toxic community. Some students have left CHS because the pressure to be perfect and to perform well became overbearing. One senior, Caroline Moliner took a year-long break to recover from the toxic environment.

“I left Calabasas because of the extreme pressure I felt and its negative effects on my mental health,” said Moliner. “Between pushing myself academically, maintaining my appearance and getting caught up in petty school drama, I needed to take a break and come back a year later.”

Status is often heavily entertained amongst CHS students. Academic rigour is encouraged by any school, but at CHS, taking honors and AP classes is more about the label of higher achievement. Similarly, the status and label of one’s car, shoes and phone matter more than they should.

Large groups of young people being immersed in any atmosphere can create a skewed and/or compromised mental state for developing minds. Being completely engaged in such a destructive culture prohibits students from valuing things that really matter. CHS, which is commonly referred to as a “bubble,” has a certain pattern of shared perspectives amongst the majority of students and staff. A school’s culture has a large influence and dictates perception as they transition into college and later adulthood. As a collective, if CHS students become more aware of the harmful culture and expand their minds, students and staff can reverse any toxic traits. Students must muster up the courage to remove their minds from a tendency of living in

an enclosed bubble and expand their views to reverse any toxic behavior. •