Graffiti should be recognized as art, not vandalism 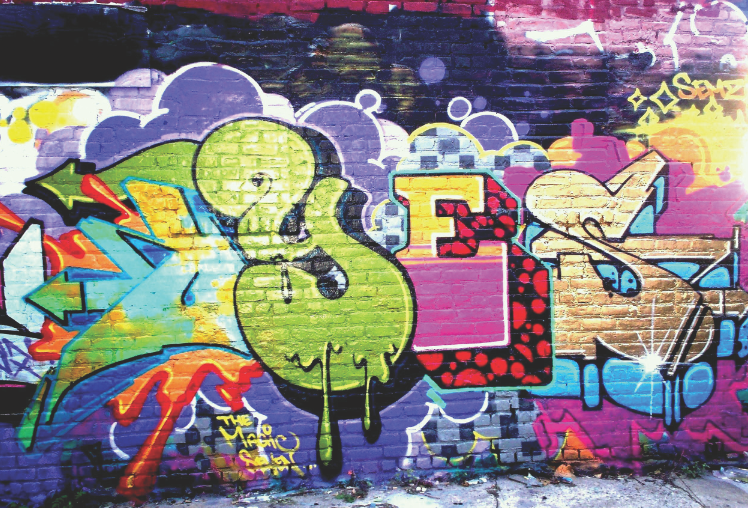 Graffiti covers the walls of freeways, bridges and buildings, showcasing the talent of those who create the beautiful imagery.  It continues to become more widespread despite the ongoing debate of whether or not it is vandalism.  This street art beautifies cities by giving them character and making them look unique and personal.  As a non-violent form of expression, graffiti is a necessary outlet and should not be limited.

Buildings that are “tagged” have a more personal feel than buildings with plain white walls.  Because of the appreciation for graffiti’s beauty, instead of viewing graffiti as vandalism, many realize the amount of skill necessary to create the street art and appreciate the message it delivers.  Many people admire Keith Haring, a famous graffiti artist from the 80s known for his artwork around New York City.  Haring’s artwork is so widely known that the city has embraced its presence around the city.

Graffiti is a form of expression, and artists should be free to make their thoughts and beliefs public.  Serving as a way to avoid violence, graffiti is an outlet for many to express their feelings.  Making street art illegal limits the freedom of artists to create influential masterpieces.  Graffiti artists create works that reflect both struggles and accomplishments and at many times display political and social messages.  The paint that coats walls in communities everywhere can contain symbolism so profound that it has been compared to poetry.  People around the world also know Banksy, a famous London-based graffiti artist, for his satirical street art that reflects his political views.  Banksy’s work is so distinct that it has inspired Obey Propaganda, a famous clothing company.  Many others are beginning to realize the influence graffiti has on the world, and famous street art will only continue to flourish.

Many believe that graffiti rebels against authority, yet the skill required to create elaborate graffiti is remarkable.  The world is a canvas for graffiti artists, and they should feel free to cover it as they please.