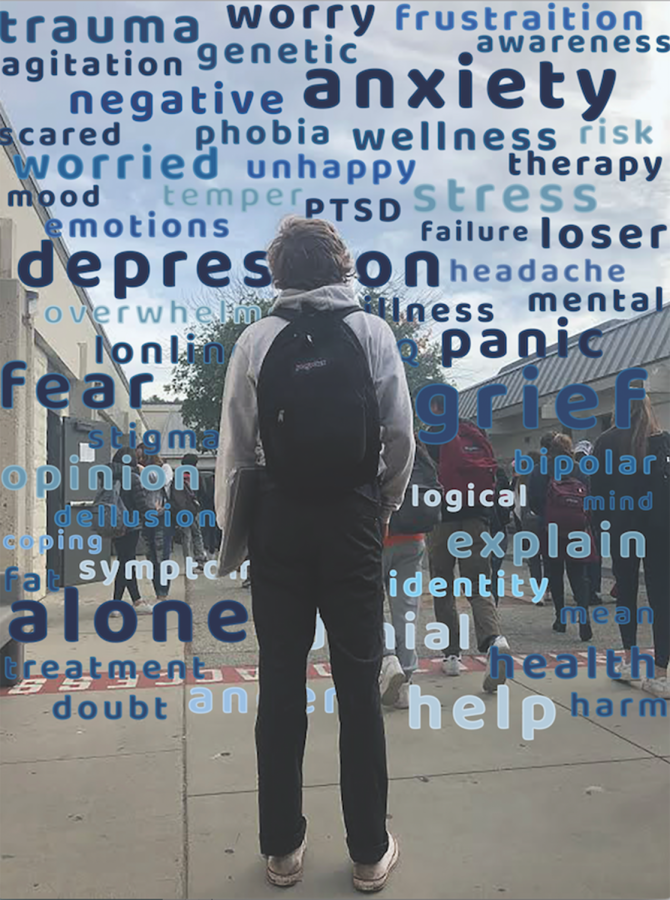 In recent years, a mental health struggle amongst teenagers has been portrayed heavily in the media. From drug and nicotine addictions, me- dia obsessions and the rise of school shootings, mental health issues are be- coming increasingly more apparent. If schools devoted one class per year to focusing on the mental health of their students, events like those listed above could recur less.

Mental health can be looked at as a silent killer. Almost every student can say they have felt some form of depleting mental health during a pe- riod of their life, yet speaking about mental health issues is often so stig- matized that students feel as though they do not have a platform to address these issues, causing them to suppress their emotions. Poor mental health can begin as early as childhood and prog- ress until adulthood. One’s emotional, psychological and social well being all boil down to the status of their men- tal state. With a poor mental state, one may descend into a rabbit hole of negative thoughts and emotions. One seemingly small action has the poten- tial to trigger a release of the issues stored within this “rabbit hole”. The recent shooting at Saugus High School is an interesting case, in particular, of a teenager who found himself stuck inside the rabbit hole within his own mind.

“Berhow was a Boy Scout, who was smart and quiet, had not been bul- lied and showed no signs that he would become violent,” said fellow students at Saugus High School.

When there are no outlets for stu- dents to receive help, they start to sup- press their emotions and sometimes retreat to violence as a way of releas- ing said emotions. A mental health class where students can be in groups and address topics such as depression, anxiety, bullying, self esteem and grief could potentially show students that they are not alone and teach them how to cope with these issues.

Another case of students struggling with mental health issues are the 9 reported deaths at USC, which all occurred within the span of two months. Three out of the 9 deaths were report- ed suicides, and another three were drug overdoses. General anxiety from school can result in students jumping to extremes in order to ease the pain.

“Four million children and teens in the United States suffer from a severe mental illness, and 21% of children ages 9 to 17 have a diagnosable dis- order, which they often do not receive help for.” said Garry R Walz, staff writer at the National Education Association.

Often times, when students feel as though they cannot live up to certain academic pressures, their self esteem lowers, which sometimes results in students engaging in acts of self harm. With mental health classes students can learn proactive tips and signs they see in themselves to get help before they make a deadly decision. Solely having a class dedicated to mental health raises awareness of these issues and their solutions. Students in general seem to be much more anxious due to the newly-added pressure of social media relevance and popularity, the pressure to achieve “perfect” grades and the need to be active outside of school through team sports and clubs. When students can share how they feel with peers and trusted adults, they can find a support system that allows them to speak about and release the weight of these pressures Allowing students to speak about sources of stress is essential because stress has the potential to sneak up on people and haunt them to a point where they may no longer be able to think clearly enough to seek help.

If schools spent as much time on the mind as they do on academics and athletics, a positive change on the growing and impressionable minds of high schoolers could be created. With adequate outlets for students dealing with mental health issues, teachers and counselors can ease the nerves of their students and limit the amount of violence and self harm inflicted by teen- agers. Mental health is too important to not be taught, and school can be a great place to open the door for mental health literacy.