Vote: Our country is in your hands 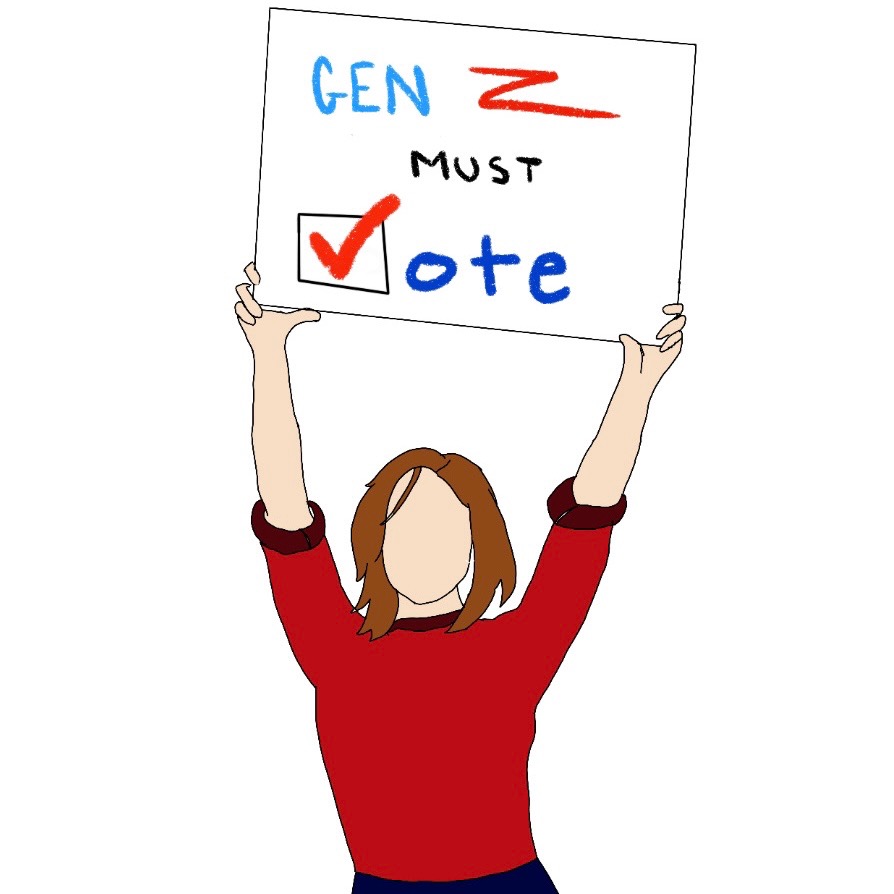 With today’s election, America anxiously waits to learn who will be president for the next four years and, in turn, the fate of the country.

This particular election, being one of the most controversial, has lit a fire under our generation, shedding light on just how significant it is for us, as teens, to be educated, and newly eligible voters to exercise their right.

Rightfully so. Generation Z voters, those between the ages of 18-23, are more educated than ever, having been exposed to–and engaged with– a variety of issues that will affect the country for years to come.

Further, Generation Z is the most racially and ethnically diverse age demographic in history. With such diversity comes the progressive ideals that will shape the nation for decades. If we voted according to our numbers, Generation Z would be the most important voting block in America.

Without our vote, the United States risks sacrificing its safety and security, contradicting everything that the nation claims to be. This summer’s protests showed America that it is Generation Z that will have to stand and fight for progressive causes such as police reform, gun safety, and the prevention of climate change.

In a time full of unknown, it is crucial that we choose a candidate who will lead the country successfully and voting for the ideal president will ensure that these fundamental rights are safe. Generation Z’s voice in this particular election is extremely informed, influential, and important towards making sure the nation actually has a future.

We, as a generation, have the ability to sway the election and prevent another four years of corruption from plaguing the presidential office. The current administration has made their disregard towards the country clear, and in such a strange political climate, every vote is crucial. The dismissal of standard health guidelines regarding the disregard of pandemic and basic human rights puts America’s so-called “freedom” in jeopardy. The only way to protect the country is by voting, and educating ourselves on the matters that directly affect us.

With social media being extensively present in the lives of Generation Z, the turnout of informed young voters will climb. It has promoted a new and fresh perspective on ideas that do not necessarily follow a party, but rather support an ideology. With Generation Z voting and voicing their opinion in this election, they ensure an informed stance on important issues. Our generation’s knowledge on what is going on around us prompts a well informed vote that will better our country. In order for the continuation of educated votes, we need to keep ourselves informed on every issue that is going on within our country and form the most cultivated opinion. Voting, as knowledgeable young people, is key in electing the candidate who will lead the country best. When retaining such educated information, spreading knowledge and such ideas is crucial in making sure everyone votes as an educated citizen. The majority of our generation often advocates for the more progressive, with social media being a large part in educating young voters. The extent of education that a young voter has translates into the integrity of the election, and even the nation.

With the election coming to a close, the fear of a prejudiced president is more present than ever. It is clear that the current president does not hold the most progressive and civilized beliefs, putting what is supposed to be a “melting pot of a country” at risk. Advocating against women, BIPOC, the LGBTQ+ community, and affordability is something that is not foreign to the current administration. By not voting, our generation could jeopardize what American citizens are entitled to.

The younger generation will have to endure the impact and consequences of its vote the longest. In recent months there has been extreme declines within the nation. In terms of the Supreme Court and issues within the economy, this upcoming presidency is vital in keeping the country afloat and savoring the rights that so many have fought for. Collectively, it is our responsibility to create the world we want to live in and becoming informed and voting can help dreams of a promising nation become a reality.

No matter if you can vote or not, Generation Z has the ability and responsibility, to use our knowledge to shape the country into the type of nation we want to live in. If we want a better future for the country, it is critical that as a generation we exercise our rights, voice our opinions, and vote.