Con: Should Olivia Jade be forgiven for her irrevocable scandal? 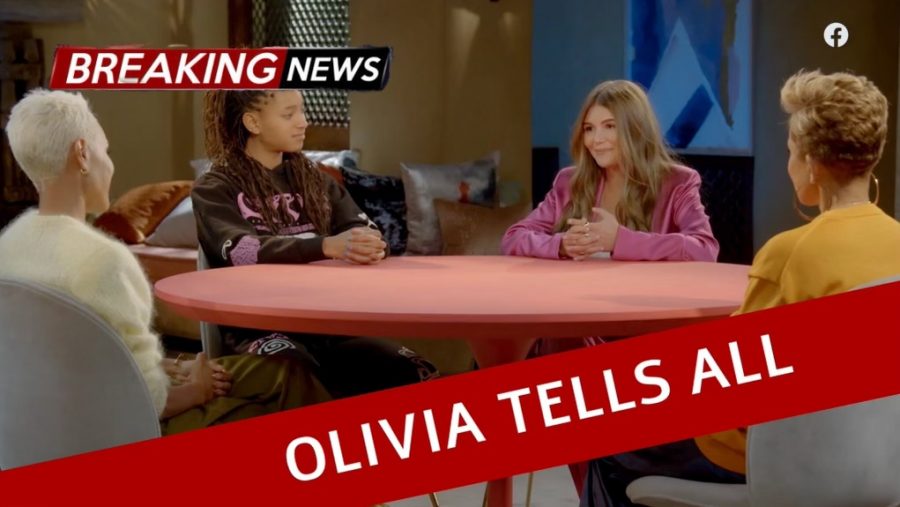 It has been almost two years since news broke of the largest college admissions cheating scandal in the history of the United States. This case erupted into a major story across the country; people expressed their resentment toward multiple celebrities who illegally ensured the acceptance of their children at established universities by means of large payments. Perhaps the most high profile of these offenders was Olivia Jade, daughter of American actress Lori Loughlin and fashion designer Mossimo Giannulli. Loughlin and Ginannulli bribed Jade’s way into the University of Southern California and became the target of a justifiable backlash.

For her part, Jade finally spoke out in a recent “Red Table Talk” interview explaining her side of the story and apologizing for her and her family’s actions. While she claims to be remorseful, Jade seems inauthentic; she still does not seem to understand the extent of what she has done wrong. It seems as though she sees no problem with lying about her college admission exam scores, or paying coaches to help them fake athletic achievement.

It is important to remember that this scandal led Jade to lose brand endorsements and followers.

In the recent interview, she seems to only care for her reputation and the struggles she faced with her social status being destroyed in the eyes of the public, rather than attempting to actually make up for her wrongdoings. The video seemed like a request for forgiveness in order for her to gain back the followers, and her career in general.

Part of what makes Jade suspect is that she never seemed to want to be at USC to begin with. While still in attendance, Jade posted videos that showed her ungratefulness for the quality education she could have achieved there.

“I do want the experience of like game days and partying. I don’t really care about school, as you all know” said Jade in one of her YouTube videos months prior to the scandal.

This truly encapsulates the ignorance Jade had going into college, and her reaction following the scandal was not any better.

Once news and gossip outlets began reporting on the scandal, Jade did not seem to care. One of her first posts after the controversy was a photo of her flipping off the camera with the caption:

It was extremely upsetting to see that Jade had no intention to apologize for what she did. She antagonized the news sites that merely reported on her family’s crimes, rather than pointing out her mistakes and owning up to the consequences.

In her latest interview, Jade addressed the detrimental mistakes that she made and how sorry she was for them. She claimed that she did not understand the depth of the problematic situation, and could not fully grasp why people were so mad because of her limited perspective.

“I’m not trying to come across like I’m trying to victimize myself. I don’t want pity and I don’t deserve pity. We messed up, I just want a second chance to be like, I recognize that we messed up. For so long I wasn’t able to talk about this because of the legalities behind it. I never got to say `I’m really sorry that this happened’ or really own that this was a big mess up on everybody’s part.”

While she continued to apologize throughout the video, her language reveals her trying to separate herself from the situation as she failed to admit the extent of her participation in the whole ordeal. The entire conversation felt like she was given major talking points and a detailed speech from a lawyer or publicist just so she could manipulate the audience into feeling bad for her. But the reality is that Jade was actively aware of the illegal alterations to her application, as evident in photographs of her posing for fake rowing practices.

Jade was entirely wrong in this situation and should not be promised forgiveness or her career back. While it is possible that she could return to making Youtube videos and other types of social media content, she certainly does not deserve the endorsements and publicity she seems so desperate to win back.

When looking at thousands of high school students who will be applying for positions at such competitive universities in the future, it is easy to get upset at the unfair action of cheating to get into college. Utilizing wealth and privilege in order to take the spot of another hardworking student at a university is an unforgivable action, as dedication did not contribute to her acceptance. Jade’s reaction to the situation has felt like a PR stunt from the beginning, continuing to take the easy way out and begging for forgiveness. The college application process is difficult and time-consuming, so it is quite aggravating to see that children from wealthy families have the ability to merely pay for someone else to change their scores and add false activities in order to guarantee their spot at a prestigious university.

Following the end of the prison sentences and payment of fines, Olivia Jade and her family will be able to live normally for the most part. But those well-deserving students who worked their entire lives for the chance of attending a dream university like USC will never get that same privilege.