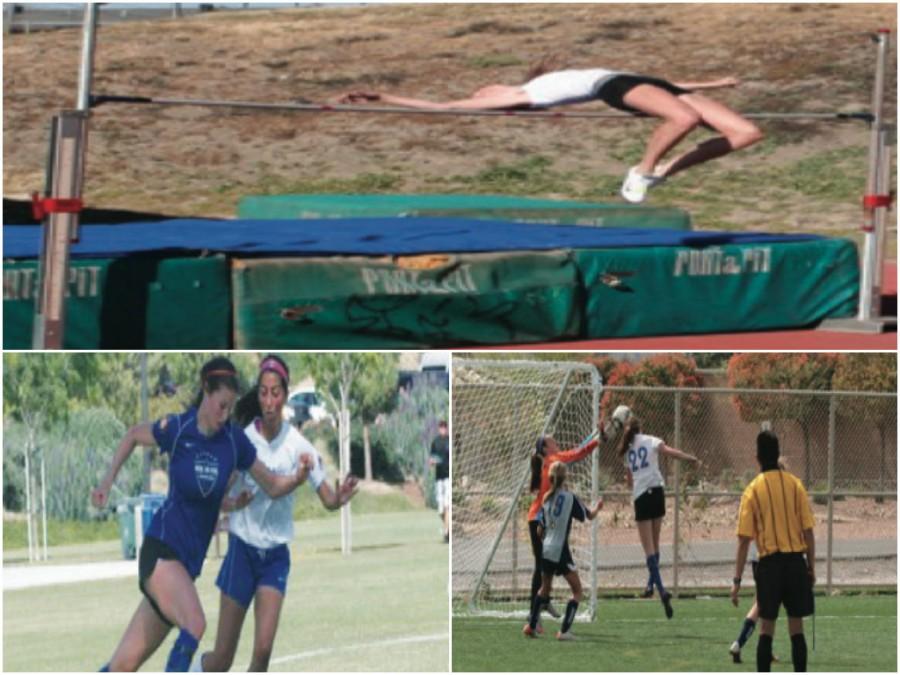 As sweat drips down her face and determination takes over, sophomore Julia Pedati propels herself over a plastic bar and then quickly slips on her soccer cleats to jog over to soccer practice.  Pedati is a member of Elite National Club League and is the leading scorer in all of Southern California in girls soccer.  Her countless hours of practice and her passion for soccer have lead her to where she is today.  Pedati began pursuing her love for soccer at the age of 3 and has been growing as a player ever since.

“Sports have always been part of my life; my mom is a physical education teacher and my dad ran track in high school and college,” said Pedati.

Pedati has already received multiple Division I letters and plans on receiving many more.  In her future Pedati hopes to go to a Division One college, to win a NCAA national championship and to participate in the Olympics for soccer. Soccer is not the only sport Julia excels in, as Pedati is also a nationally ranked high-jumper.  Playing a major role on the CHS track and field team, she finished in first place for high-jump in the Marmonte league last year when she was only a freshman.

Pedati’s sports are a huge part of her life, and she hopes that she will be able to pursue her athletic interests throughout her future.

“These sports are my passion and without [them] I wouldn’t be who I am today,” said Pedati.