For the past few seasons, girls varsity volleyball has been known as an underdog team at CHS.  However, as a positive result of recent changes in leadership and the hopeful and ambitious mind-sets of the team members, girls volleyball is beginning a strong comeback this fall season to stake their claim in CHS sports history.

“Our team has really come together this year,” said middle senior Dorothy Ballowe.  “The chemistry we have is nothing like I’ve ever felt before.  We are fully committed to each other, on and off the court.”

All of the extra practicing the team has put in over summer training shows this new chemistry and bonding in action.

“This summer we participated in more tournaments and matches than we have in the past,” said defensive specialist senior Shaine Lutsky.  “We grew so much as a team, and it was all before season even started. Also, we were able to do more team bonding trips, like a few days at a beach house and at a tournament in Las Vegas.”

Throughout the summer their dedication to bonding with each other was important in creating a stronger team.

“This year we have a greater chance to make playoffs than before,” said setter and captain senior Sydney Cupingood.  “We want to prove to the rest of the league that we won’t go down without a fight.  With this new determination, the girls volleyball team is bound to dominate.”

The driving passion, motivation, courage and determination seen within

the hearts of the players on the girls volleyball team is inspirational and a positive sign going into season.  With new hope and strength, the volleyball team is likely to succeed this season.  Everyone, make sure to come out and show support at today’s 6 p.m. game. •

“As a team, we want to continue improving and pushing ourselves to always play at a higher level,” said Ballowe. “No matter what team is on the other side of the net, we should continue to play hard.”

“This year, the volleyball program is focused on establishing a winning and hardworking environment,” said libero senior Rayno Kivo. “Our goal is to improve and be the best players we can be.” 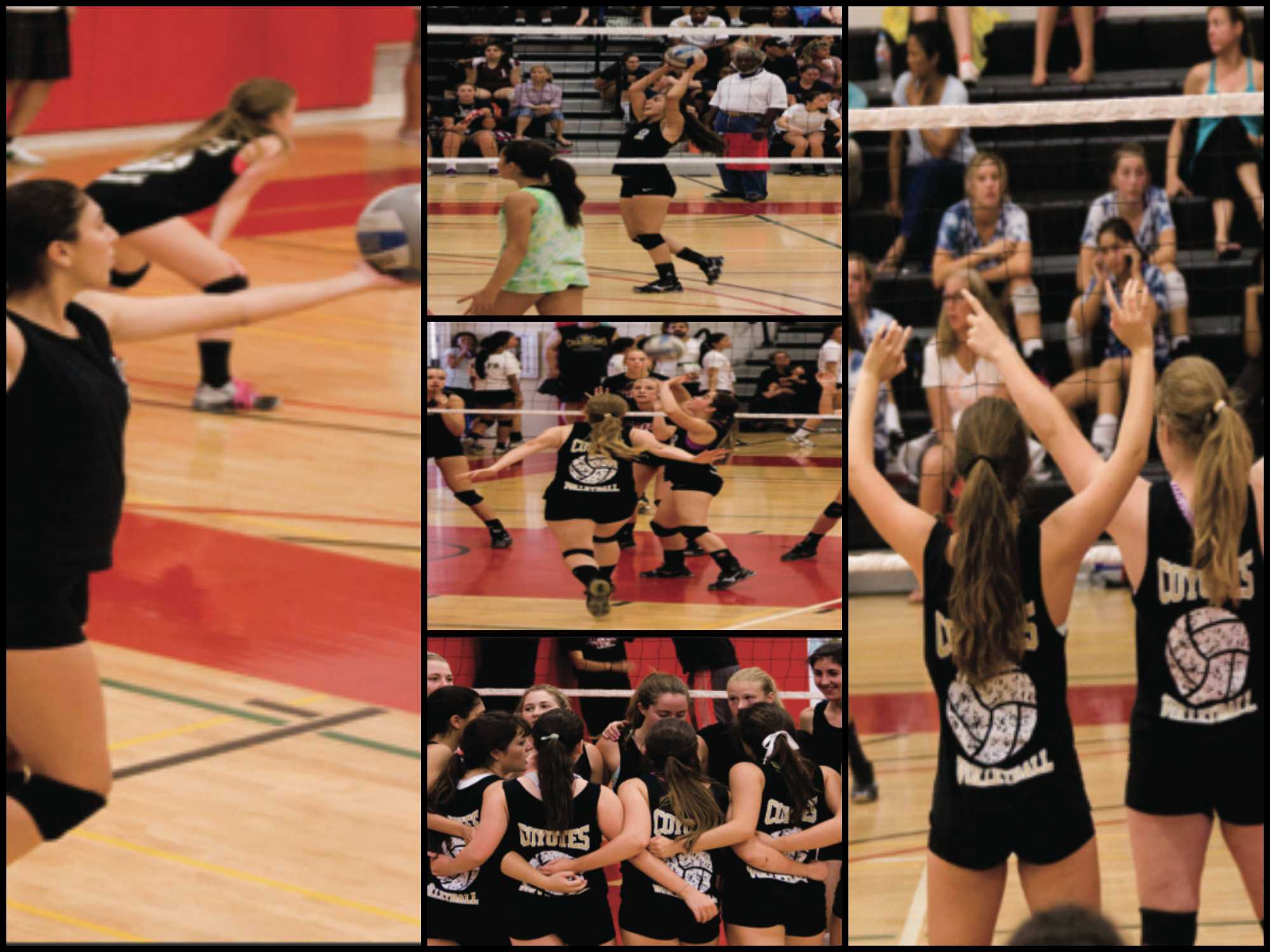