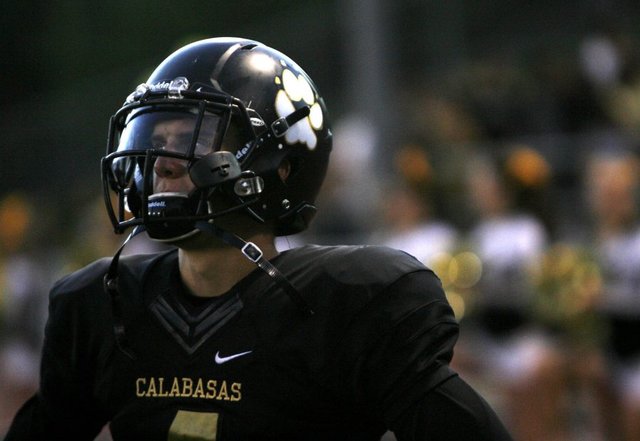 Over the past couple of years and with much consideration, CHS recently split with the Marmonte League. School athletic administrators came to this decision at the Northern Area re-leaguing meeting that took place at Bishop Diego High.

While many other leagues were at the meeting including the Pacific View League, the Channel League and the Tri-County Athletic Association, the Marmonte Leagues complete division was the most drastic change. However, not all the schools supported this change. Of the eight teams, Simi, Royal, Agoura and CHS thought the split was a good idea, while the other schools disagreed. However, in the end, separating the leagues would evidently be the best decision and the fairest to all the leagues at the meeting, given the location of the schools and level of competition.

“We look forward to competing against these schools while maintaining our traditional Agoura Rivalry and making new ones,” can be found in a paragraph regarding the splitting of the league, posted by the athletic department, and CHS is not the only excited school.

CHS’ new league is called the Camino League. The name is derived from the first initials of the schools involved, being CHS, AHS, Moorpark, Newbury Park, and Oak Park, making it easy to remember and creative, as well.

The remaining schools, including Royal, Simi Valley, Thousand Oaks, Westlake, and Camarillo, will be continuing in their own league which has yet to be named, and as of now, the schools are satisfied.

This is beneficial because with our new league, Calabasas has a better chance of succeeding and having healthy competition with other teams. As of Sept. 17, they have yet to lose a game. This winning streak is exciting for the coaches, players, and students cheering on the team from the bleachers

“Watching the Coyotes play football this year is a totally different experience,” said sophomore Ava Nouri-Mahdavi when asked how she feels about the league switch. “You can tell how motivated and excited they are just by watching them. It’s really exciting. I think the switch in leagues made a huge difference.”

Overall, the new league brings much promise and high hopes for the players, coaches, and students cheering from the bleachers. With football season in full force, the Coyotes are called to the field to show these teams their spirit and fearlessness.