Freshman Claudia Zimmerman thrives as the only girl varsity wrestler 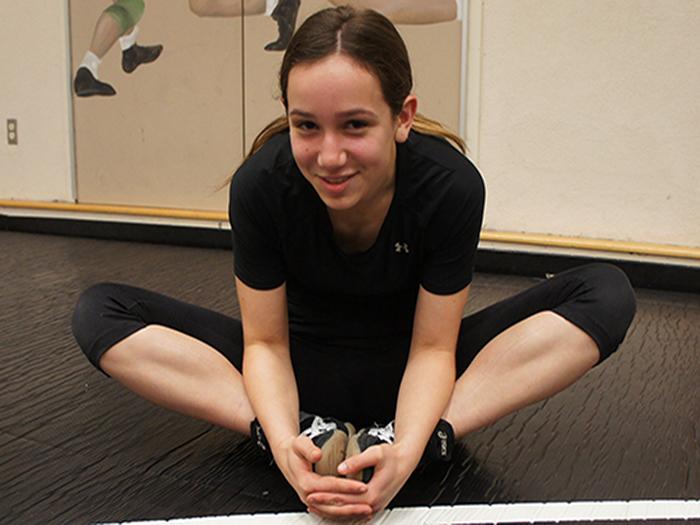 As she prepares to enter the ring, freshman Claudia Zimmerman continues to defy the typical stereotype that wrestling is a male-exclusive sport. Zimmerman may only be in ninth grade, but she is already holding her own as the only girl on CHS’ varsity team. Zimmerman’s interest in wrestling was sparked from a passion for a different form of combative sport, and being the only girl to try out for the wrestling team took a leap of faith.

“I got involved with wrestling through a martial arts form called jiu jitsu,” said Zimmerman. “Initially I thought the two sports were quite similar, but I found out later that I was completely wrong.”

Despite being the only girl on the varsity team, Zimmerman is thankful that she decided to stick with the wrestling program. While initially unsure of how much she would enjoy the sport, wrestling is a passion for which Zimmerman is willing to fight.

“At first it was really awkward being on the team,” said Zimmerman. “But as the year progressed I got used to it, and I am so glad I am here.”

Zimmerman wishes to stress that wrestling is definitely an activity that girls can partake in, despite the fact that it has been traditionally considered a men’s sport. Being on the varsity team has helped Zimmerman build a sense of sportsmanship and unity with her fellow teammates. In addition, Zimmerman has learned not to make assumptions about what playing a sport is like based on what is seen on TV. She now fully understands that wrestling is certainly different from the typical treated broadcasts made for entertainment purposes.

“The wrestling you see on TV such as WWE is not real wrestling and is probably staged,” said Zimmerman. “Real wrestling is much different, quite spontaneous and really suspenseful to watch.”

Zimmerman also insists that being a girl does not put one at a disadvantage because success is more about technique and skill than how much one weighs. Zimmerman herself is proof that wrestling is not just a male sport and that a woman can succeed in a match.

While Zimmerman is still unsure whether she will continue with wrestling after high school, she encourages any girl who is considering joining the team to try out. To Zimmerman being a part of such a close and supportive team has been an exceptionally rewarding experience.