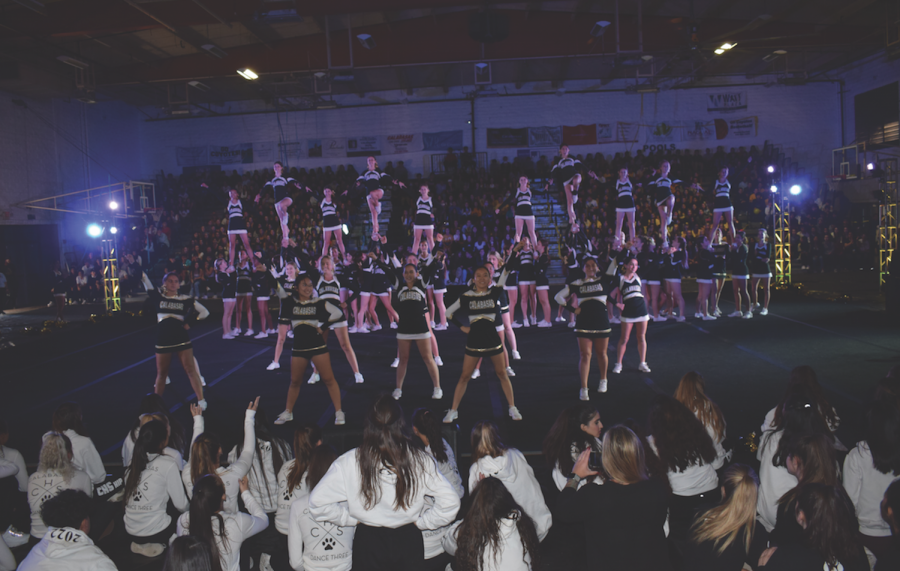 CHS cheer and pom girls have struggled to stay organized and successful following two sudden and major changes to the program.

The team, used to competition and after-school practice, has been idle since former assistant coach, Vannessah Rivera, as well as head cheer and pom coach, Jennifer Griffin, departed from the program.

After a meeting with Assitant Principals Sara Exner and Courtney Johnson on Jan. 14, the team was informed that there would no longer be an after-school varsity cheer and pom program.

Further, the Jan. 24 email stated that administration was evaulating a pool of eight candidates for the coaching position.

The school’s ideal plan was to have a new, qualified coach by the end of winter break, but at press time replacement still has not been named.

The team is not allowed to practice any stunts without a qualified cheer coach present, so their practices consist of reviewing old cheers. Additionally, the team is no longer allowed to compete in competitions.

“Due to recent coaching changes we are unable to send our cheer team to the competition in Florida,” said Johnson in an email sent to the entire program. “Anyone who has provided their $100 deposit will receive a refund check from Cheer Boosters.”

As for the junior varsity team, the girls walk around the track and finish the period with a study hall. Future pep rally dances are undetermined and the team’s future is unknown. •