CHS Boy’s Tennis is back and better 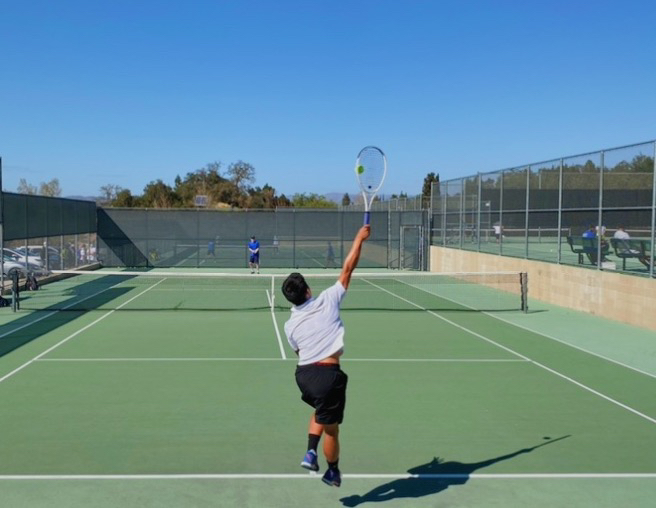 On March 18th, the Calabasas boys tennis team played their first home game of the season against Agoura and played better than ever. The team dominated Agoura with a score of 15-3.

This season will be a little different from the last season due to COVID-19 restrictions. Team captain and senior, Luca Lovrich, feels heavily that part of being on a team is having a connection with the members, and a lack in team bonding could mess with team chemistry.

“Because of not being able to ride on the bus together to an away game, it hurts the team culture,” said Lovirch.

Team manager, Sam Bergman, thinks the team’s biggest hurdle this season has been the limited practice. Bergman stressed that, regardless, he sees that the team has been putting in a ton of hard work and that they should have a great season this year.

“Last season we were able to get 3 days of practice in a week with additional practice after school. This year we are down to 1 day a week,” said Bergman.

Coach Wiseman tries to put a brighter spin on this season by looking ahead at his new players and seeing how they are able to perform. Wiseman aims to treat this season as he usually would, and compete for another CIF title this year.