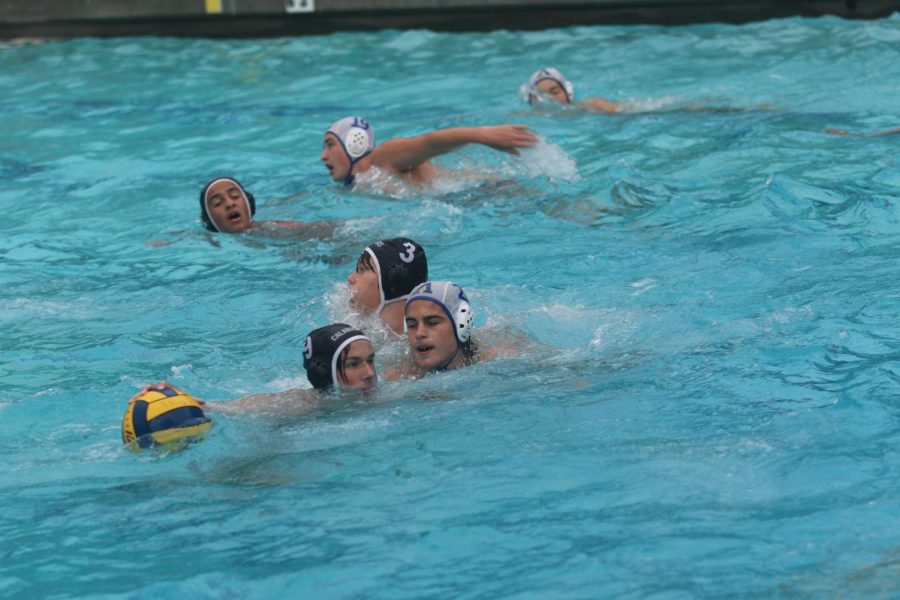 Head Coach Youssef  Zaaza, an alumni of Calabasas High, is in his first season as the Coyotes’ water polo head coach. Zaaza said the team is mainly focused on reviving the program, recruiting new players and overall getting a better understanding of the game. With a new group of kids ready to learn the sport, they first had to learn how to work together.

“They improved their team chemistry a lot this year,” said Zaaza. “They understand the game better, the rules better and it has brought together both their offensive and defensive.”

The center for the team, junior Alec Koshkarian, has shown great improvement. Zaaza believes that he is starting to understand the game better and really enjoys playing. The goal for Zaaza is to really get players interested in what they are playing and  make them work hard for it. Another valuable player is senior Ryan Attwell. Attwell has been playing water polo both inside and outside of school, so he has had the most experience on the team.

“[Attwell] really helps bring our [team] up,” said Zaaza. “When the team isn’t doing their best, he is there to cheer them up. He really wants to be there for the team and help create better team chemistry.”

The team shows a drive to improve, and every practice will only make them better players.