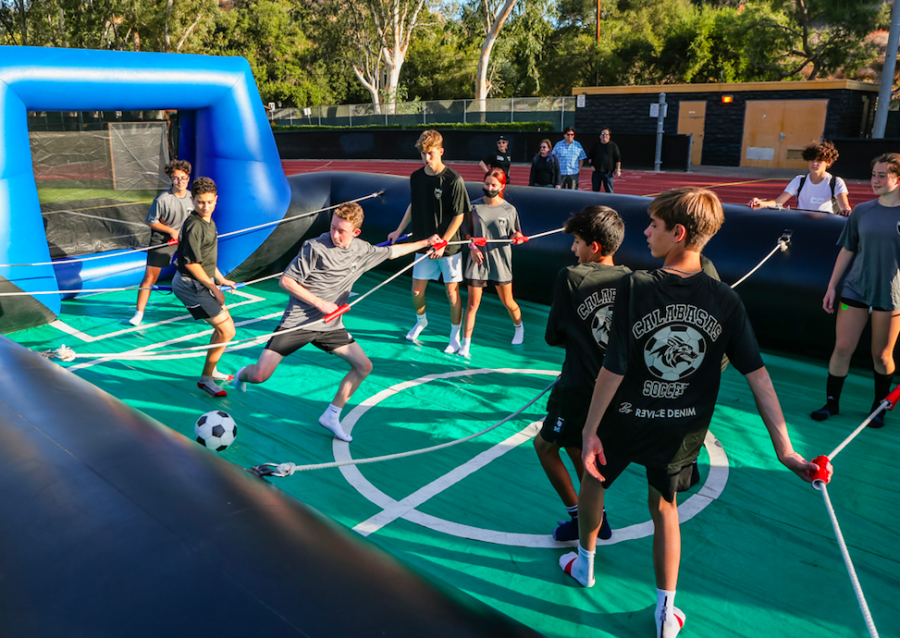 The CHS soccer programs hosted a fundraiser event on October 22. By playing against each other in small teams, the programs raised over $4,500 total for both the boys’ and girls’ teams.

The goal-a-thon consisted of seven small-sided games of five on five with a rotation around every ten minutes so teams could all play each other. In the weeks leading up to the fundraiser, athletes had the opportunity to get sponsors who were able to donate a flat amount of money for each goal a specific person scored. With hundreds of goals scored during the fundraiser, the program was able to easily raise money in a short amount of time.

“I think it was a cool opportunity where we were able to combine both [the girls and boys programs] with soccer as the focal point,” said Brian Collins, the girls varsity coach. “It was great.”

In addition to the games, there were opportunities for students to have fun in a life-sized foosball game and other goal-shooting competitions. The night ended with a catered dinner from Sharky’s, closing a successful day of playing soccer.

The fundraiser created a sense of unity by all players and coaches. There are high hopes for the soccer programs at CHS and both teams hope to take this drive and passion into their upcoming seasons.