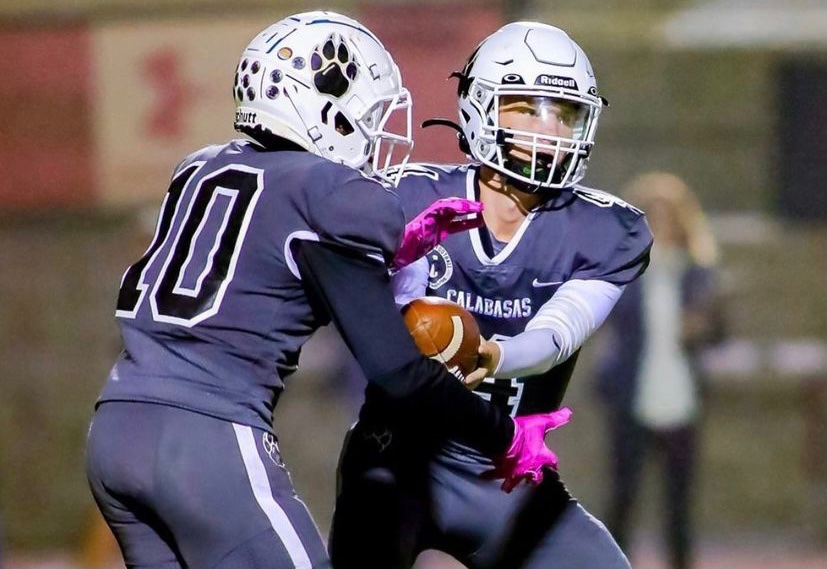 The Calabasas Coyotes finished their season with a 39-12 loss against the Westlake Warriors, making their record 3-7. The Coyotes lost five straight to end the season and went 0-3 in league play.

This was coach Cary Harris’s second season and his first full-length season with the Coyotes. His first season was a shortened COVID season.

“We had some positives in every game, we just got to put everything together,” said Harris.

Junior King Miller had his breakout season for the Coyotes, and was the number one option for the Coyotes offense. He had 150 carries on the ground and was incredibly efficient, getting a massive 8.2 yards per carry. He also managed to run for 122.7 yards a game and had 14 total touchdowns.

“King gets better each and every week, he works hard in practice, and it’s only a matter of time before he receives his first D1 offer,” said Harris.

The Coyotes will look to improve their fortunes next year without key players such as seniors Steven Rauso and Robbie Wilder. They will fall on junior King Miller and sophomore Aaron Butler for production into the next season.