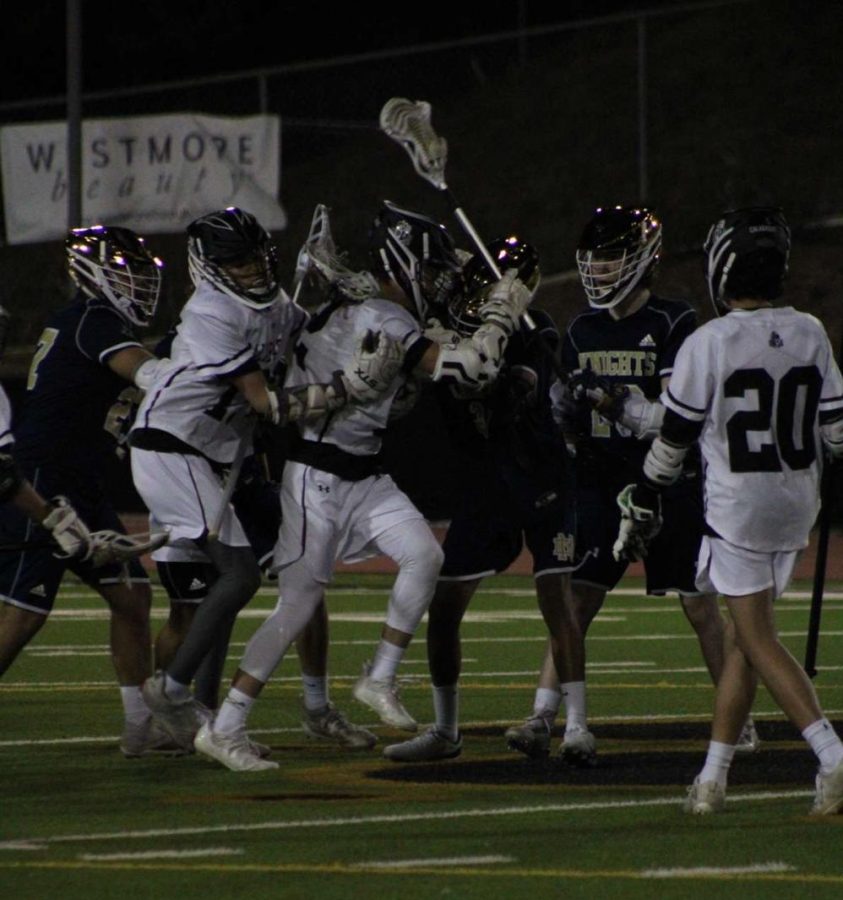 On March 15, the boys lacrosse game against Notre Dame lacrosse ended early due to two altercations.

The game started out with Notre Dame taking an early lead as they led by two to end the first quarter. In the second quarter Notre Dame excelled even more, leading 9-3 at halftime. Notre Dame then scored three unanswered goals in the third quarter because the chipiness started in the fourth quarter.

After the referee called the ball dead when it went out of bounds, a CHS senior and a player on the Notre Dame team got into a physical fight; however, the fight quickly ended when players from both teams broke it up.

“We stand up for our players on this team,” said Casey Marvin.

Both teams were given a warning after the first altercation, but with three minutes remaining in the fourth quarter, both teams went at it again resulting in the referees calling the game.

“That was a tactic by the other coach, and we can’t fall free to it,” said Head Coach Richard Lopez.

The game ended with a Calabasas loss, 13-4. Goals were scored by Evan Caplan, Cade Miller and Adam Roseman.