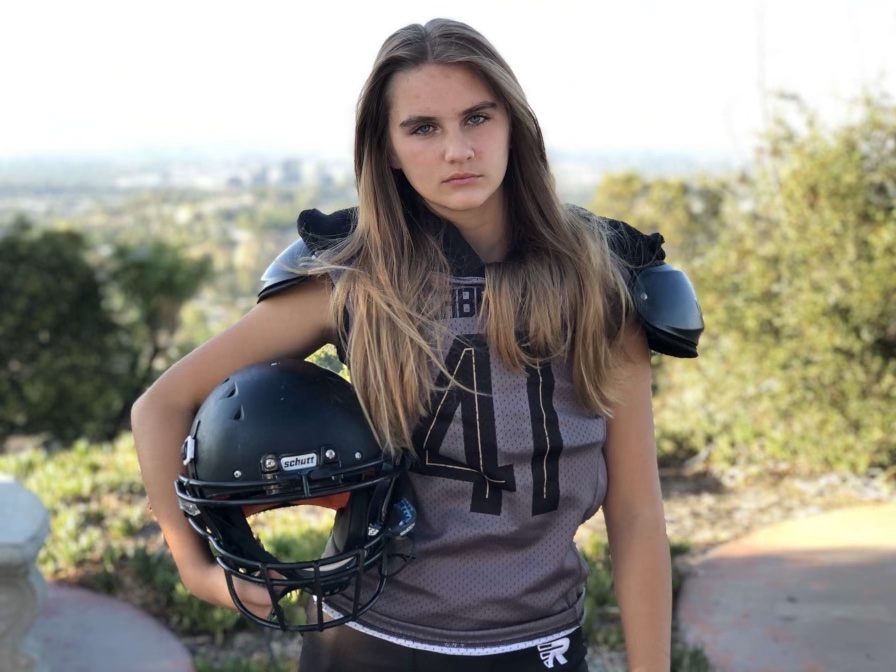 This year’s junior varsity football team looks a little different from previous years with the addition of a female player. Sophomore cornerback Aria Ekholm is currently the only female player in the football program.

Prior to joining football, Ekholm had played volleyball since the fourth grade. She transitioned sports in search of something new.

“I was a little bit bored with volleyball,” said Ekholm. “I have done it all my life. [Football] looked really fun.”

In June, Ekholm asked JV head coach Phil Magbanua to practice with the team. She planned to decide whether or not she wanted to continue playing at the end of the summer.

“My first reaction was a real Yoda moment, and I asked her why she was just trying instead of committing to playing this year,” said Magbanua.

Magbanua previously coached four co-ed teams: one college league team, two high school teams and one camp football team. As this year was Ekholms’s first time playing football, there was a learning curve in regards to the unfamiliar rules, plays and skills needed for the sport.

“Learning the game was pretty difficult because I honestly didn’t grow up watching football,” said Ekholm.

Despite the challenges of trying something new and entering a primarily male sport, Ekholm encourages other students to pursue their passions.

“If you are interested, just do it,” said Ekholm.