Students should have the day after Halloween off 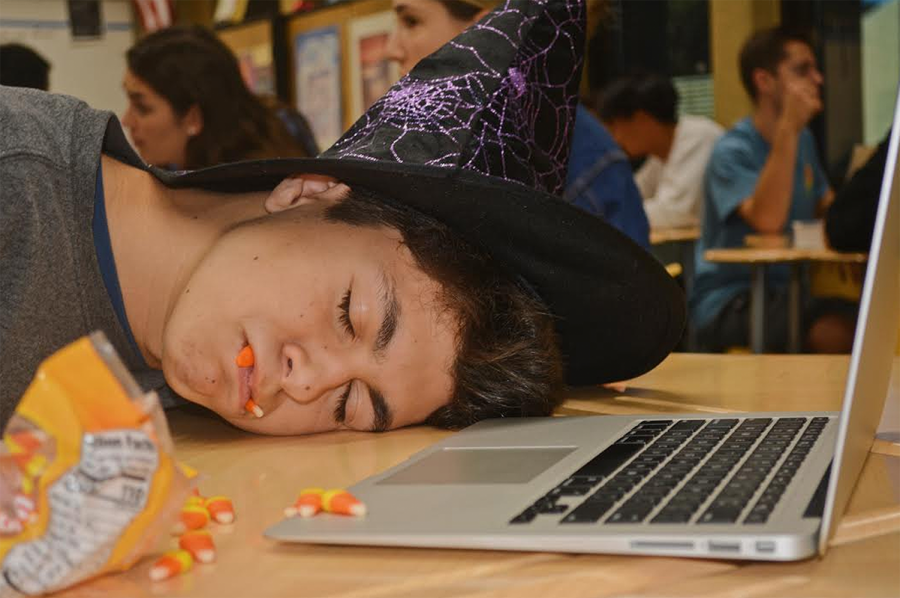 This year, Halloween fell on a Thursday, forcing students to come to school the next day. Most students in LVUSD were out during the night of Halloween, whether they were trick-or-treating, going to a party or hanging out with friends. Since LVUSD is allowed to schedule fewer school days than they already have, the district should give the day after Halloween off to prevent students from ditching or coming to school exhausted.

The National Sleep Foundation found that teens need 8 to 10 hours of sleep a night in order to function at their highest abilities. If teens are out late on Halloween, their sleep schedule becomes altered, forcing students to get less sleep.. Teens who end up going to school the next day will be unfocused and groggy. Not getting enough sleep can limit their ability to learn, listen, concentrate and solve problems. The foundation also concluded that children who go to school require 9 to 11 hours of sleep. Messing with a child’s sleep schedule may cause mood swings, behavioral problems and cognitive issues that impact their ability to learn. If students had a day to relax, they would have the opportunity to come to school alert and refreshed.

The day after Halloween, absence rates go up. On an average school day, according to the attendance office, there are about 120-140 absences. The day after Halloween, that number almost doubles. In the 2016-2017 school year, there were 217 verified absences, in 2017, there were 146, and in 2018, there were 288. This year there were 389 absences, however the AME field trip and fires may have played a role. This statistic does not include any truancies or partial-day absences.

Some administrators believe that a day off would  place an unwanted burden on the staff due to the fact that the day off could disturb teachers’ lesson plans. However, since many of the staff members have children in LVUSD, they would have spent the night trick or treating. If we were all provided the day off, everyone would get the chance to relax and rest after a long night. Additionally, a requirement of California state law is to offer a minimum of 180 school days, which can be reduced to 175. Calabasas has 182 days of school in a year, so the district could logistically give students the day off.